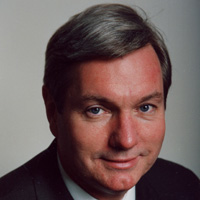 Michael Osterholm is one of the nation’s foremost experts in public health, infectious disease and biosecurity. As the director of the Center for Infectious Disease Research and Policy at the University of Minnesota, he has been an international leader on questions of the world’s preparedness for an influenza pandemic and the growing concern regarding the use of biological agents as catastrophic weapons targeting civilian populations. He has led numerous investigations into internationally important disease outbreaks, including foodborne diseases, hepatitis B in health care settings, and HIV infection in healthcare workers, and he is a frequent consultant to the World Health Organization, the National Institutes of Health, the Food and Drug Administration, the Department of Defense and the Centers for Disease Control and Prevention.

From 2001 to 2005, Dr. Osterholm served as a special advisor to the secretary of U.S. Department of Health and Human Services on issues related to bioterrorism and public health preparedness. He has also been appointed to the National Science Advisory Board on Biosecurity and the World Economic Forum’s Working Group on Pandemics, among other prominent advisory positions. Dr. Osterholm has received numerous honors for his work, including an honorary doctorate from Luther College, the CDC’s Charles C. Shepard Science Award, the FDA’s Harvey W. Wiley Medal, and the Wade Hampton Frost Leadership Award from the American Public Health Association.