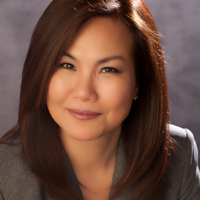 Miyoung Chun is vice president of science programs at The Kavli Foundation in Oxnard, California. Prior to her current role, Chun was an assistant dean of science and engineering at University of California Santa Barbara (UCSB), in particular serving for the California Nanosystems Institute. She was also appointed as director of international research advancement at UC Santa Barbara. In this role, she was active in building partnerships among academia, government, and industry around the globe. She has held research and training grants from foundations, industry and federal agencies. She has served as reviewer for journals as well as scientific review panels for the NIH and private foundations.

From 1999 to 2005, she worked for Millennium Pharmaceuticals Inc., as a scientist and project leader, where her research focused on genomics/functional genomics and on molecular imaging in drug discovery and development. She discovered and characterized novel genes that are important to inflammatory and cardiovascular diseases and has over 30 US and international issued/published patents. She was a Life Sciences Research Foundation postdoctoral fellow at MIT’s Whitehead Institute with Harvey Lodish focusing on the cell and molecular biology of receptors.