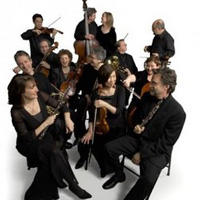 Now in its 37th year, Orchestra of St. Luke’s (OSL) is one of America’s foremost and most versatile ensembles. St. Luke’s Chamber Ensemble consists of 22 virtuoso artists who form the artistic core of OSL. Dedicated to engaging audiences throughout New York City and beyond, OSL performs approximately 70 orchestral, chamber and educational concerts each year—including an annual orchestra series at Carnegie Hall, an annual chamber music series at The Morgan Library & Museum and Brooklyn Museum, a new series of free programs at The DiMenna Center for Classical Music entitled OSL@DMC and summer concerts as Orchestra-in-Residence at the Caramoor International Music Festival. OSL’s Principal Conductor is Pablo Heras-Casado.