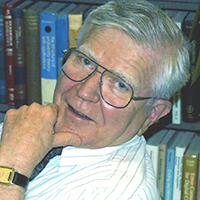 Robert Gallager has been a professor at MIT since his ScD thesis in 1960 where he invented LDPC codes, which have evolved to be a major error-correction technique in the oncoming 5th generation wireless telecommunication standard. He worked with Claude Shannon and in 1968 wrote an Information Theory textbook that remained the standard in the field for 25 years. He wrote four other textbooks, all still in print, in related fields. He was active in the founding of Codex Corporation, and his fundamental work on quadrature amplitude modulation helped lead to its commercial success. He has won many awards, including the 1990 Medal of Honor from the Institute of Electrical and Electronic Engineers, the 1999 Harvey Prize from Technion, and the 2003 Marconi Fellowship. He is most proud, however, of his many graduate students who have become leaders in communications and related fields.