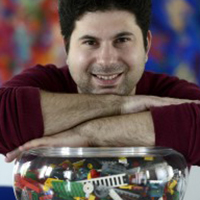 Scott Barry Kaufman is scientific director of the Imagination Institute in the Positive Psychology Center at the University of Pennsylvania. He conducts research on the measurement and development of imagination, creativity, and play, and teaches the popular undergraduate course Introduction to Positive Psychology. Kaufman is author of Ungifted: Intelligence Redefined and coauthor of the upcoming book Wired to Create: Unraveling the Mysteries of the Creative Mind (with Carolyn Gregoire). He is also host of The Psychology Podcast, cofounder of The Creativity Post, and he writes the blog “Beautiful Minds” for Scientific American. Kaufman completed his doctorate in cognitive psychology at Yale University in 2009 and received his master’s degree in experimental psychology in 2005 from Cambridge University, where he was a Gates Cambridge Scholar.