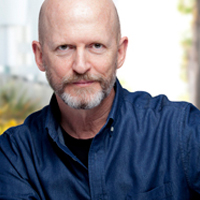 Scott Faris directed the arena spectacular Walking with Dinosaurs, Bette Midler’s The Showgirl Must Go On, at Caesars Palace and EFX at the MGM Grand in Las Vegas; William Shatner’s one-man show, Shatner’s World on Broadway, many concerts at New York’s prestigious Lyrics & Lyricists series at the 92Y, and traveled to six continents to stage productions of the hit musical, Chicago, in nearly a dozen languages. Faris was part of the original team that created Siegfried & Roy at the Mirage Hotel in Las Vegas. He has done extensive work as a show doctor and been a directing consultant for Cirque du Soleil. He honed his directing skills while working as a production stage manager for some of the best directors on Broadway, on productions such as Cats, Les Miserables, City of Angels, Cabaret, Ain’t Misbehavin’, They’re Playing Our Song, Children of a Lesser God, Grease, Busker Alley, and Whistle Down the Wind, among others. He’s currently on the faculty at the University of Southern California, School of Dramatic Arts.