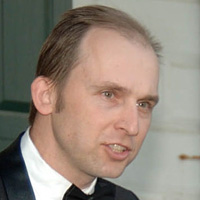 Ted Widmer is a historian who has starred in a rock and roll band, written speeches for an American president, enjoyed a lifelong love affair with cartoons, and now leads one of the most cherished libraries in the land. Currently the director of the John Carter Brown Library at Brown University, Ted was plucked from his junior teaching position at Harvard to be President Bill Clinton’s speechwriter in 1997. Among his published books are Young America: The Flowering of Democracy in New York City, the biography of Martin Van Buren and, most recently, an account of America’s search for a place in the world, Ark of the Liberties. Widmer was also the founder and first director of the Starr Center for the Study of the American Experience at Washington College. Even the rock band for which he was a lead singer and guitarist, the Upper Crust, was historical in nature: a group of powdered-wig aristocrats crowing, “Let them eat rock!”