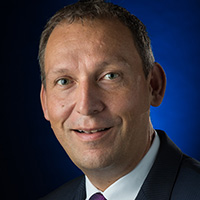 Thomas Zurbuchen is NASA’s Associate Administrator for the Science Mission Directorate. The directorate seeks to understand the origins, evolution, and destiny of the universe and to understand the nature of the strange phenomena that shape it. He oversees the Artemis mission to the moon as well as the James Webb Space Telescope, which is providing an unprecedented view of the cosmos. He also oversaw the Mars 2020 mission, which featured helicopter and surface surveillance of the Red Planet. Prior to joining NASA he was a professor space science and aerospace engineering at the University of Michigan in Ann Arbor.

Artemis I: Launching a New Era in Human Space Exploration