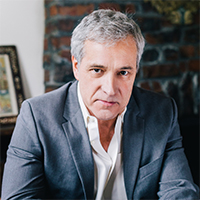 William B. Hurlbut is a physician and adjunct professor in the Department of Neurobiology at Stanford University Medical Center. His primary areas of interest involve the ethical issues associated with advancing biomedical technology, the biological basis of moral awareness, and studies in the integration of theology and philosophy of biology. He has worked with NASA on projects in astrobiology and on chemical and biological warfare at Stanford’s Center for International Security and Cooperation. He has co-chaired three interdisciplinary faculty projects at Stanford: Becoming Human: The Evolutionary Origins of Spiritual, Religious and Moral Awareness, Brain Mind and Emergence, and The Boundaries of Humanity: Human, Animals, and Machines in the Age of Biotechnology. In addition, he is co-leader, with Professor Jennifer Doudna, of “The Challenge and Opportunity of Gene Editing: a Project for Reflection, Deliberation and Education.” From 2002–2009 Dr. Hurlbut served on The President’s Council on Bioethics.