On the Shoulders of Giants: Steven Weinberg and the Quest to Explain the World

Nobel laureate Steven Weinberg was one of the world’s foremost theoretical physicists and a passionate advocate for science. Among his many influential contributions is the co-discovery of the electroweak theory that unifies electromagnetism and the weak nuclear force, a central pillar in the Standard Model of Particle Physics. Join Brian Greene and physicist John Preskill as they pay tribute to Steven Weinberg and his profound contributions to science.

This program is part of the Big Ideas Series, which is supported by the John Templeton Foundation. 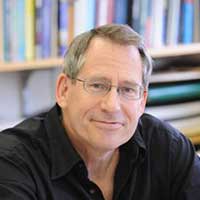 John Preskill is the Richard P. Feynman Professor of Theoretical Physics at the California Institute of Technology, and Director of the Institute for Quantum Information and Matter at Caltech. Preskill …