The Science Of Justice: How The System Fails

In the criminal justice system, science is represented by many parties: the forensic scientists who analyze physical evidence, courtroom experts who may take advantage of ambiguities to push a particular narrative, and the reformers who are trying to call attention to the cognitive biases and psychological tangles that make assigning guilt or innocence far from an easy formula. On September 10 at the Benjamin N. Cardozo School of Law at Yeshiva University, the World Science Festival, in partnership with the New York Hall of Science, hosted The Science of Justice: A Matter of Opinion (you can watch the full program here). The night’s panel discussion, moderated by broadcast journalist Jami Floyd, centered mostly on the unreliability of eyewitness identification, the epidemic of false confessions made after police coercion, and why these tactics, despite their easily demonstrable flaws, remain cornerstones of American justice. 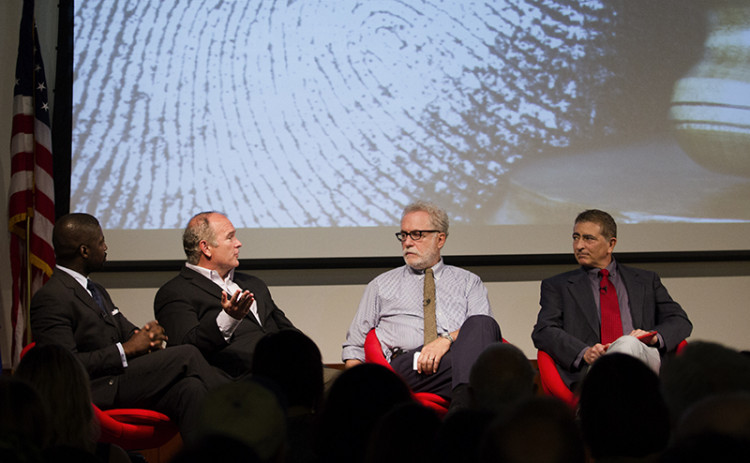 Peter Neufeld, the founder of the Innocence Project, pointed out that study after study shows that the degree of confidence with which an eyewitness identifies a suspect as a perpetrator is in no way connected to the accuracy of the identification. Yet it is always the most confident eyewitnesses who are displayed in the courtroom.

Oftentimes, eyewitnesses make the wrong call because they don’t actually notice the things they think they do—even when paying attention. Panelist Saul Kassin, a psychologist at the John Jay College of Criminal Justice, pointed to the classic “invisible gorilla” experiment: In this setup, people are asked to closely watch two teams of people passing basketballs to each other; one team wears white shirts, the other black shirts. A person is asked to count the number of passes made by the white-shirted team. While doing so, many subjects watching the video—despite paying such close attention to the scene—fail to notice a person who slips into the group wearing a gorilla costume.

“Attention is something we can divide,” Kassin said. 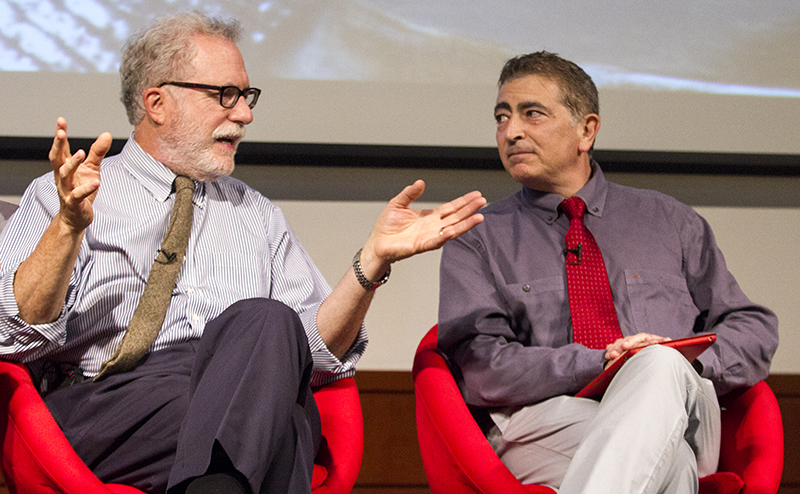 Peter Neufeld and Saul Kassin at the WSF event “The Science Of Justice: A Matter Of Opinion?” Image credit: Julie Rossman

Eyewitnesses usually aren’t intentionally trying to finger the wrong person; they’re often just trying to be helpful. What complicates the matter, the panelists said, is that memory is not recorded so much as constructed and reconstructed—and how you shape your own memories is subject to outside influence. For example, a witness may pick a person from a police lineup and be only half-certain that they are right. But the police might supply “confirmation bias” by for example telling the person that their choice has a history of committing such crimes, or by applauding—this actually happens—when the witness makes the “correct” choice. All of these influences work to erase earlier doubts and make the witness more confident in their choice—even if it’s wrong.

Misidentification can persist in the brain even in the face of strong forensic evidence that tells a different story. One case discussed by the panel—and in panelist Jim Dwyer’s book False Conviction: Innocence, Guilt and Science—is that of Jennifer Thompson and Ronald Cotton. Thompson was sexually assaulted as a college student and made a concerted effort to memorize the face of her rapist, later fingering Cotton in a lineup. Even when DNA evidence showed that it was actually another man who raped her, Thompson still stuck to her original identification. (Cotton was later released, and Thompson became an advocate for reforming convictions based on single eyewitness testimony).

One way to correct the problem, Neufeld says, is to apply the same blinding principles used in gold-star clinical drug trials. The police officer conducting a photo or in-person lineup should not know who the actual suspect is, just as a researcher should not know which treatment is an actual drug and which is a placebo while testing it. That way, police officers would be unable to easily feed confirmation biases to the witnesses.

Many wrongly convicted people (later exonerated by DNA evidence) were not only identified by eyewitnesses or victims, but actually confessed—to crimes they didn’t commit. One high profile example cited was the “Central Park Five,” who admitted to the brutal rape and assault of a jogger but were later exonerated. This might be hard for the average person to understand, but, as Yankah pointed out, most average people aren’t presently sweating in an interrogation room after 24 hours of questioning, and being told that all the evidence points toward us.

Another curious wrinkle in the U.S. justice system is that the police are allowed to lie to suspects in interrogation. This is not the case in some other countries, like the U.K., Dwyer pointed out. And the fact that the police are allowed to tell people that the lab work points towards them, or that they’ve already been identified by an accomplice or witness—even when none of that is remotely true—is often the key to forcing a confession.

“That is what breaks the suspect down into a state of despair,” Kassin said.

Panelist Mechthild Prinz, a John Jay forensic scientist, got into a lively discussion with Neufeld over the reliability of non-DNA forensic evidence. While methods of DNA fingerprinting were developed in the laboratory, and are subject to the peer-review process, techniques like fingerprinting and hair and fiber analysis have not been subject to such basic scrutiny—making them, Neufeld proposed, more suspect to subjective interpretation.

But Prinz pushed back, suggesting that in certain cases—and with the help of vast databases of information—a fiber or a fingerprint can prove useful, though it’s a case by case consideration. Finding a fiber that points to a pair of blue jeans is about as useful as simply knowing your suspect is a man. Only if the jury is made aware of how common or rare a fiber is (or the relative occurrence of the features of, say, a partial fingerprint), can courtrooms fully approach true justice, Prinz and Neufeld agreed. 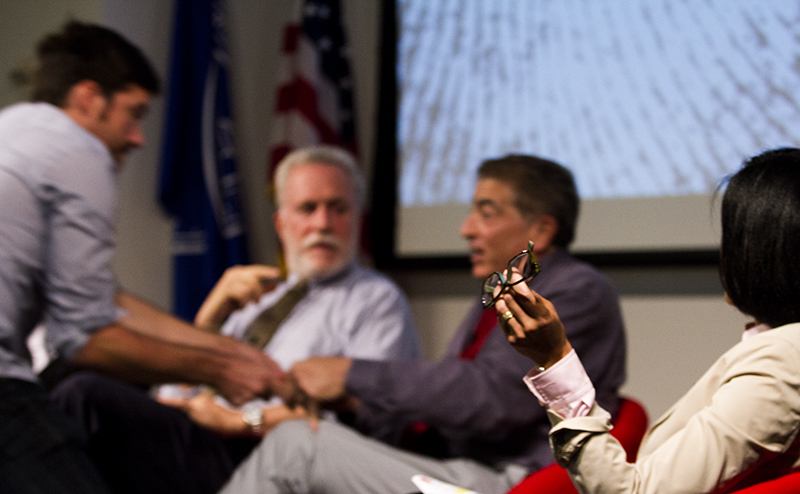 The unreliability of eyewitness identifications also got a visceral in-person demonstration. Midway through the panel, an “assailant” stormed the stage and stole Kassin’s iPad. At the end of the discussion, the audience was invited to try and pick the perpetrator out of a classic “six-pack” photo lineup of suspects. 83 percent of the audience picked…an innocent man.