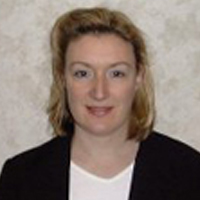 Jane M. Carlton is director of the Center for Genomics and Systems Biology and a biology professor at New York University. She has spent the past 20 years on the faculty of several scientific institutions in the United States, including the genome sequencing center founded by J. Craig Venter. Carlton is passionate about genomics and the power that this technology has to revolutionize biomedicine. Her research involves sequencing the genomes of important human pathogens, in particular species of malaria and parasites prevalent in the United States such as the common STD Trichomonas vaginalis. She has published more than 100 articles and book chapters, and she was elected a fellow of the American Association for the Advancement of Science in 2012. Jane M. Carlton received her Ph.D. in genetics at the University of Edinburgh.