Ask Brian Greene: What Exactly Is the Universe Expanding Into? 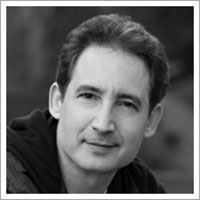 We don’t know whether the universe is finite or infinite. But in either case, the concept of “space expanding” raises basic questions: (a) what’s the universe expanding “into”? and (b) if the universe is in fact infinite, how can it expand as it seemingly can’t grow larger than the infinite size it already has? Let me address both.

(b) If the universe is finite, the expansion just described increases the overall size of the universe. However, a more useful marker of the expansion is to consider any two objects, say galaxies, that are being driven apart by the expansion of space. You can think of them like two poppy seeds in a muffin that’s being cooked and as the dough expands, the poppy seeds move apart from one another. In this way of thinking, the expansion of space is reflected in the distance between two such galaxies growing larger and larger over time. And that characterization of the expansion holds true whether the universe is finite or infinite. So, when we speak of space expanding we mean that the distance between objects in space increases over time, even if there isn’t a useful sense in which the overall size of space is growing (as would be the case for an infinite universe).

• See other questions from this 2011 series