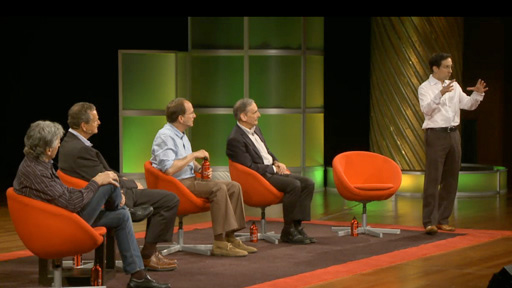 For a discussion on infinity no topic was off limits.

On Friday night, NPR’s Math Guy, Keith Devlin, moderated a passionate (WSF 2013) program that explored the concept of infinity from mathematical, physical, metaphysical, philosophical, cosmological, and epistemological standpoints. Philip Clayton, Steven Strogatz, W. Hugh Woodin, and Raphael Bousso, an amalgam of professionals from various fields of sciences and humanities, offered a glimpse into the complexities and mysteries of the quasi-paradoxical infinite.

From David Hilbert’s Infinite Hotel to a brief history of physicists, philosophers, and mathematicians and their relationship with the concept of infinity, the discussion was full of sporadic jokes and pithy comments about the state of the universe, human consciousness, theological conundrums, and Cantor’s First Number of Transfinites. 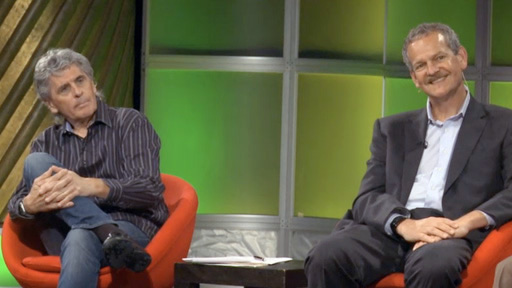 “Are there different infinities?” “Is space infinitely divisible?”

It was clear by the end of the panel discussion that it is necessary to explore what infinity is and what it means to humans on a conscious level and the universe from a physical reality. Bousso suggested that there is “aesthetic reason in favor of infinity” to which Devlin replied, “That makes me nervous.”

The rest of the evening was fueled by talks of set theory, M.C. Escher paintings, eternal inflation, metaphysical perspectives, and a brief lesson on the world of quantum mechanics that is “plagued by infinities,” as Strogatz claims.

All in all, the NYU Skirball Center for the Performing Arts was filled with eager minds and floating questions that led to the inevitable conclusion: There will always be limits to what we can know, but it is up to the curious and able to search for the answers.

Watch the full 2013 WSF Program Infinity: The Science of Endless