Artist Rachel Sussman has crossed the globe taking pictures of long-lived creatures that put Methuselah (a mere 969-year-old spring chicken) to shame. 30 of her subjects, all clocking in at least 2,000 years on Earth, are stunningly depicted in her latest collection. 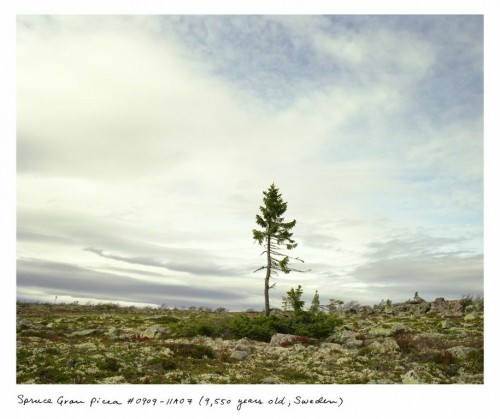 We got a chance to chat with Sussman recently about her new book, “The Oldest Living Things in the World”:

What sparked this whole series?

It was this one particular tree called Jomon Sugi [Cryptomeria japonica]. It lives in Japan, on this remote island called Yakushima. The island is really gorgeous, subtropical jungle with very dense vegetation. If you’re familiar with [the Hayao Miyazaki animated film]“Princess Mononoke,” that scenery was inspired by Yakushima!

You can tell that the Jomon Sugi is much older than the other trees around it. It looks very gnarled. But I didn’t have an epiphany standing in front of the tree. I actually got the idea for the book over a year later, while retelling the experience to some friends. All of a sudden, all these things that I’d been searching for became connected: the idea of looking at deep time. 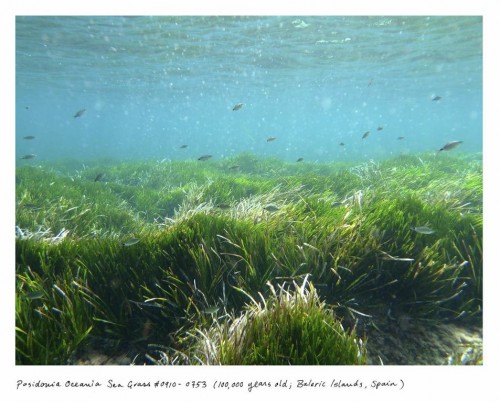 When you’re visiting these really old organisms, can you feel some sense of their age?

It’s so different for different organisms. If you’ve ever been to visit the giant sequoias, you’re physically humbled by them—they’re such a presence. But some of my subjects are so diminutive.

There’s these little lichens in Greenland, Rhizocarpon geographicum, that grow a centimeter every 100 years. You don’t see that and feel awe.

However…these lichens were taken into space for an astrobiology experiment, and they survived exposure to outer space conditions for 10 days. How can you not feel awe for that? But it’s very different if you just see it on a rock.

That’s why this is not just a photography project. The science and the research – all of that gives you a way to understand these things that don’t give you any clue that they’ve been there for thousands of years. 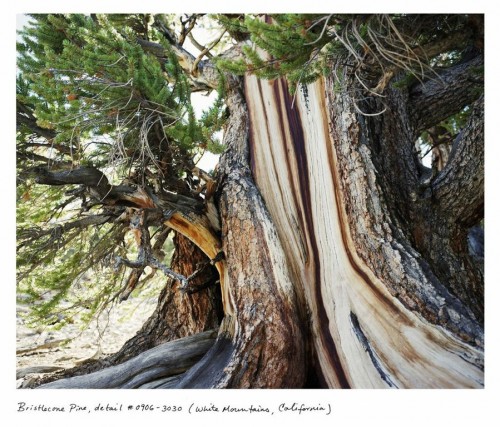 What do these creatures have that we don’t? How can they live so long?

These subjects vary quite widely, but they do have some things in common. They tend to live in very harsh, extreme environments: very cold, very hot, low moisture, high altitude. These are things that might not be conducive to longevity in humans—though they might be! You hear things about calorie restriction; who knows?

Clonal organisms have gotten closer to tapping into the secrets of immortality than we have. One of my clonal subjects is the Tasmanian lomatia [Lomatia tasmanica], this 43,600-year-old shrub. But it’s the only one of its kind left on the planet! So it’s theoretically immortal, but also critically endangered. 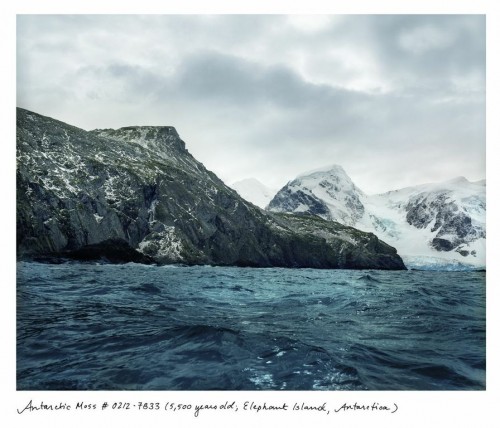 Are any of your subjects threatened by climate change or human activities?

All of them are. Of the 30 subjects in my book, we’ve lost two already in the past few years—not because of climate change, but through direct human encroachment. One of the underground forests in Pretoria, South Africa was bulldozed over to make a new traffic pattern outside a botanical garden. This 3,500-year-old bald cypress tree in Orlando, Florida was killed by some kids who snuck into the park at night to take meth inside the tree—it’s hollow in the middle—and burnt it down. 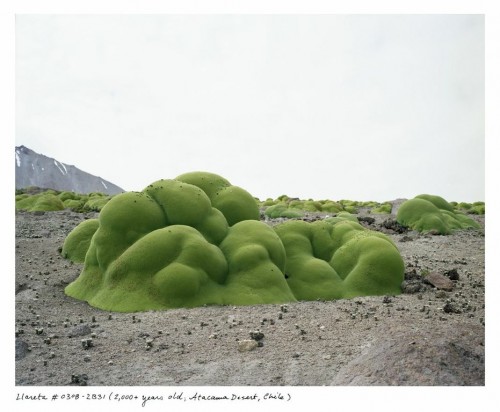 Which were some of the hardest species to photograph?

I learned very early on that the timing of when I visit these organisms is very important. By the time I arrived in Oregon to photograph the Armillaria fungus—better known as the honey mushroom—the snow had already fallen, so there was no chance of seeing any fruiting bodies. [So instead] I chartered a plane and tried to find the “death rings” formed when Armillaria kills certain species of trees in a circular pattern. It was definitely a challenge. 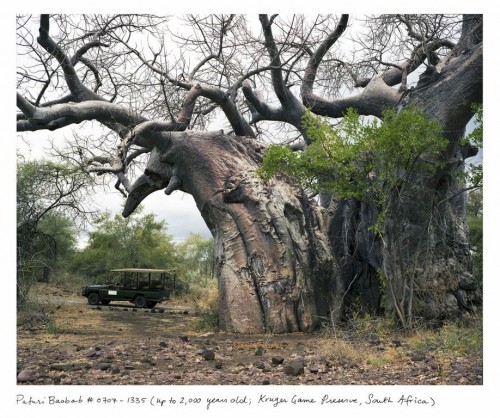 Are there any old species that you’d still like to photograph?

There are some old corals I’d like to try to get to. One is in the Arctic; one is in Hawaii—that’s the oldest known coral on the planet. The other is back in Antarctica. Those three would need a submarine, though. So I’m reaching out to James Cameron, wherever he may be!

Below, check out an excerpt from “The Oldest Living Things in the World”:

“What is the oldest continuously living thing in the world? We currently believe it to be the Siberian Actinobacteria, living underground in the permafrost, clocking in between 400,000 and 600,000 years old. The colony was discovered by a team of planetary biologists looking for clues to life on other planets by investigating one of the most inhospitable places on Earth. Over the course of their investigation, they found that these remarkable bacteria are actually doing DNA repair at temperatures below freezing, meaning that they are not dormant; they have been alive and slowly growing for half a million years.

What does it mean when the organic goes head-to-head with the geologic? We start talking about deep time and the quotidian in the same breath, along with all the strata in between. All of these organisms are living palimpsests: they contain myriad layers of their own histories within themselves, along with records of natural and human events; new chapters written over the old, year after year, millennium after millennium. When we look at them in the frame of deep time, a bigger picture emerges, and we start to see how all of the individuals have stories, and that all of those stories are in turn interconnected – and in turn, inextricably connected to us all.”

Rachel Sussman’s The Oldest Living Things in the World, published by University of Chicago Press.