The fourth day of the 2014 World Science Festival brought hackers, chemists, pastry chefs, authors, astronauts, and tons of other experts together to teach, entertain, and amaze visitors.

Saturday saw a triple-header of delicious food events: physicist Naveen Sinha and the chocolatiers at The Mast Brothers investigated the science of chocolate, while pastry chef Michael Laiskonis and NYU scientists David Grier and Kent Kirshenbaum treated attendees to an immersive course in the chemistry of butter. And the scientists behind artisanal bitters company Shoots and Roots took visitors on a botanical tour of biodiversity hotspots with their handcrafted bitters, some of which were incorporated into the artful cocktails of wd~50 and Alder mixologist Kevin Denton. 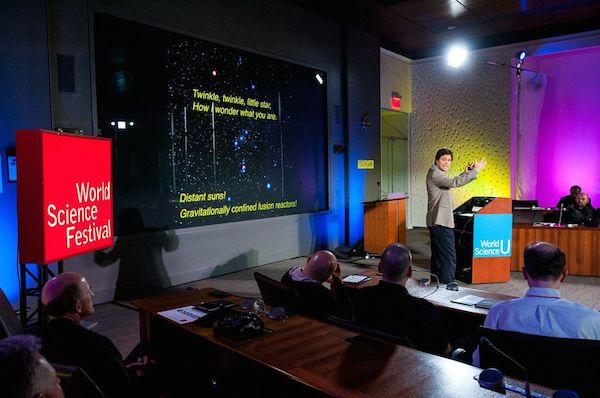 A small group of attendees spent most of Saturday soaking up a curated science curriculum from a dream team of professors at “World Science U For A Day.” Among the offerings was a lecture on quantum mechanics from Festival co-founder Brian Greene; an examination of the Higgs boson from Caltech scientist Maria Spiropulu, and more. (If you didn’t get to enroll in this program, there’s a hoard of other engaging lectures over at World Science U).

Over in Brooklyn, inventive citizens flocked to Science Hack Day, a two-day event where teams worked on projects to tackle urban issues with scientific know-how. Proposed projects included eCan 1.0, a smart garbage can that rewards you with cryptocurrency for properly disposing of garbage; Bldg Bloc, which allows people to upload personalized maps to Google Glass for guided walking tours (the team is making a map that helps you tour the history of NYC in the Gilded Age); and Sound of NYC, which loans portable microphones to citizens so they can record audio and make a “sound map” of the Big Apple. The teams will continue hacking throughout Sunday. 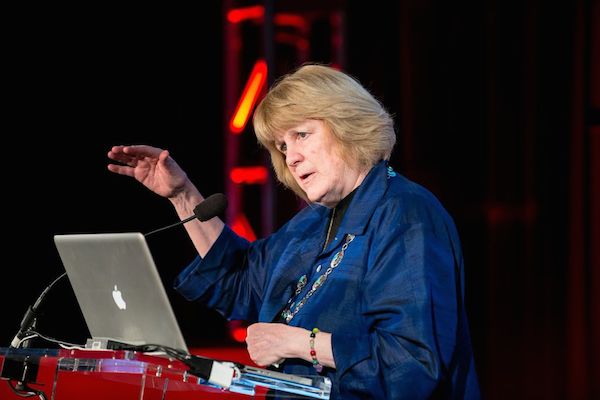 At her lecture in the Festival series On The Shoulders Of Giants, geneticist Mary-Claire King called for all women to get tested for the BRCA1 and BRCA2 gene variants that indicate elevated breast and ovarian cancer risk. The testing is better and cheaper than ever and can be done with a single blood draw.

“We need to build a checkup for BRCA 1 and BRCA 2 into public health testing, and I’d rather see it now than later,” King said.

In the day-long Science and Story Café, attendees heard discussions ranging from how neuroscience should influence justice, the malleability of memory, free will, race and genetics, and dark matter from eight authors topping the charts with their science-themed books.

“Understanding is overrated,” mathematician Edward Frenkel (author of the book Love and Math: The Heart of Hidden Reality) said. “Life would be boring if we understood everything.” 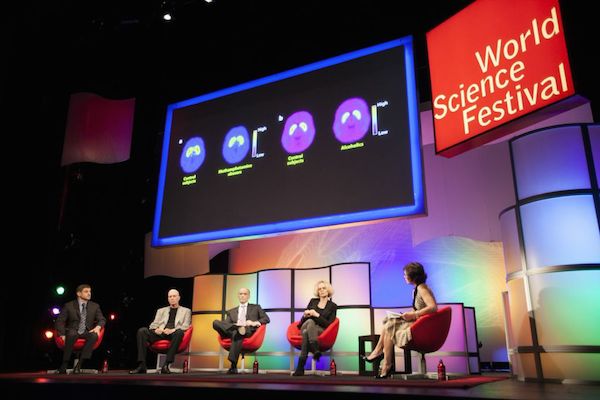 Big ideas took center stage all day. In Better, Stronger, Faster, experts outlined the present and near future of implantable technology that helps rewire the body to restore abilities and, possibly, go further. Scientists delved into the latest interdisciplinary research into possible extraterrestrials in the program Alien Life: Will We Know It When We See It? And in the Kavli Prize-sponsored program The Craving Brain, neuroscientists unspooled the possible mechanisms in our brain that keep us addicted.

Storytelling fans filled the Bell House for a special Festival edition of The Moth StorySLAM to hear science-themed stories from audience members tied to the night’s subtitle, Boiling Point. 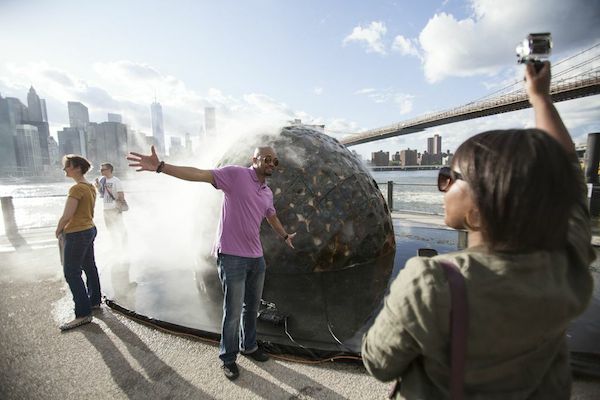 At Brooklyn Bridge Park, near the lighted, misty Rosetta comet model, kids crafted comets of their own with simple materials. Festival visitor Rodney Zemmel and his sons, Asher and Zachary, were among the throngs that passed by the model comet. Zachary Zemmel astutely noted that if a comet really landed on Earth, it probably would have either broken up in the atmosphere or created a very large crater. When asked what he thought of the theory that comets brought water to Earth ages ago, Asher Zemmel was slightly perturbed.