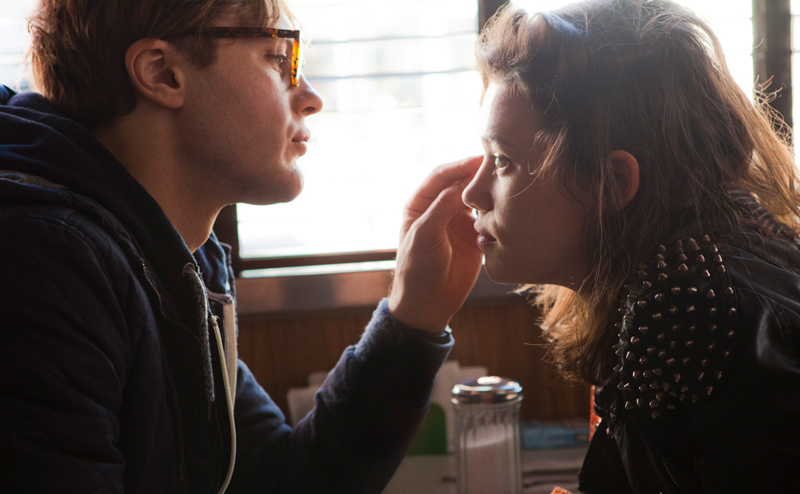 Despite an excessively maudlin depiction of a philosophical odd-couple romance, Mike Cahill’s new science fiction film ‘I Origins’ does manage to create a somewhat plausible way for scientists to discover evidence of reincarnation.

Ian Gray, our molecular biologist protagonist played by Michael Pitt, is obsessed with eyes: He takes photographs of them, and is particularly arrested by the peepers of Sofi (Astrid Berges-Frisbey), an enigmatic beauty. When he’s not photographing eyes, Gray is working to provide concrete evidence that eyes evolved naturally, to counter intelligent design arguments that the organ is too complex to have assembled without divine intervention.

This is an actual debate, albeit a somewhat retro one. Intelligent design proponents have argued that certain biological systems are irreducibly complex, meaning they could not evolve from simpler predecessors by chance because the intermediate evolutionary stages aren’t useful. The eye has been held up as the prime example of irreducible complexity, since it contains so many complex parts and requires sophisticated biochemical reactions to translate light into sensory signals.

Evolutionary biologists have long shown that there are a conceivable number of steps by which the eye could have evolved, starting with basic photoreceptor proteins that can exist even in tiny single-celled creatures, through basic photoreceptor cells, to simple ‘pit eyes,’ to the modern eyes we see today. In a 1994 paper published in Proceedings of the Royal Society B, researchers Dan-E. Nilsson and Susanne Pelger calculated that, even with a conservative estimate, it could take just hundreds of years for a simple light-sensitive patch to evolve into a focused lens eye.

Gray’s experiments aimed at proving eye evolution are rooted in the actual work of evolutionary and molecular biologists. The key gene mentioned in the movie, Pax6, is a real gene, and really does play a central role in the evolution of the eye. University of Basel researcher Georg Halder introduced Pax6 (and its promoter gene GAL4) to fruit fly embryos at the areas that would develop into legs, antennae, and wings, and other spots in the body. When the flies matured, they had functioning ommatidia (the units of a compound eye) growing on those organs. What’s more, the switch was made using a version of Pax6 taken from a mouse, suggesting that this master-control gene is incredibly well-preserved across the animal kingdom.

‘I Origins’ takes pains to depict scientific experiments being done realistically. Any working scientist will be cheered by the set dressing, which favors pipettes and well plates over bubbling glassware. The first experiment shown, where Gray is testing to see if he can genetically manipulate colorblind mice to see color, is actually based on actual experiments done at Johns Hopkins University and the Howard Hughes Medical Institute.

Sofi’s death is a little unscientific: She’s (spoiler alert!) implicitly wounded by an unseen sharp object while getting out of a stalled elevator (yep, that’s just as confusing to watch as it is to write), an implied disembowelment which would have taken much longer to kill Sofi than the few seconds shown on screen. On the plus side the film works hard to correctly depict scientific life, even down to the plight of the overlooked laboratory subordinate: Gray’s assistant/future Sofi replacement Karen (Brit Marling) does the lion’s share of the experimentation while Gray is off philosophizing with Sofi, but it’s Gray who gets the book deal and the prime-time television interviews.

Ultimately, it’s the spiritual side of ‘I Origins’ that seems underdeveloped, not the science. Toward the end, a dissembling researcher brings Gray and Karen’s newborn child for what is ostensibly an autism diagnostic test, but which really isn’t (thus violating informed consent), and the ensuing revelations are…a bit hokey, we’re used to it; we roll our eyes not at the science, but at the overwrought philosophy.

Rating: 4 out of 5 captivating eyes

Cosmology and the Accelerating Universe | A Conversation with Nobel Laureate Brian Schmidt
160,051 views |