Flush a toilet in Brooklyn, Queens, or lower Manhattan, and what goes down the hole generally comes to the Newtown Creek Wastewater Treatment Plant. The facility, spreading over several large blocks in the industrial district of the North Brooklyn neighborhood of Greenpoint, is the largest of the 14 wastewater treatment plants in the Big Apple, treating 310 million gallons* of wastewater every single day. For the curious, the New York Department of Environmental Protection offers monthly tours to give New Yorkers a glimpse of the fascinating, sometimes fragrant science of sewage processing. So we decided to take the plunge. Here’s what we learned on a recent visit. 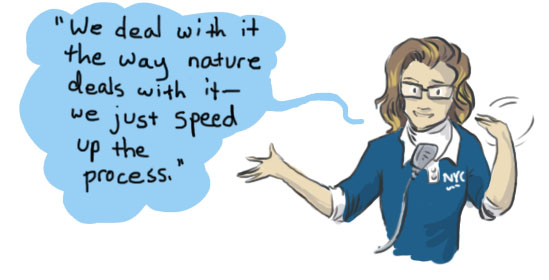 Every job has its own delicate euphemisms and jargon; for a dirty job like sewage treatment, it seems only natural. But it’s still kind of weird that none of the officials on the Newtown Creek Wastewater Treatment Plant tour will once utter any of the customary words for human waste (not even “feces”), instead relying on terms like: 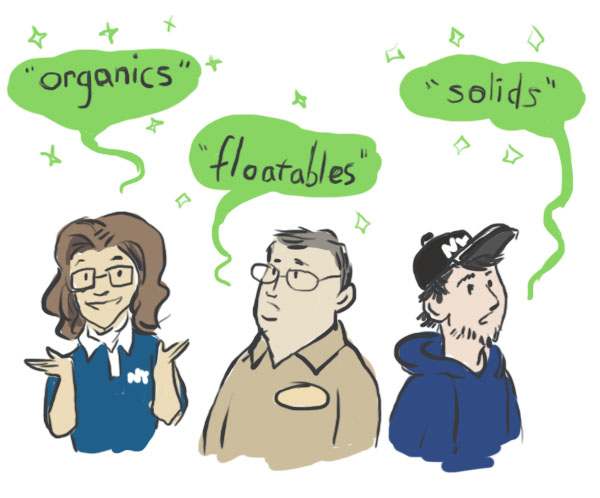 The principal steps in dealing with sewage are: screening, settling, digesting, and dewatering. First, incoming wastewater flows through screens made of bars placed a couple inches apart to filter out all the non-crap crap that gets swept up in the sewers: 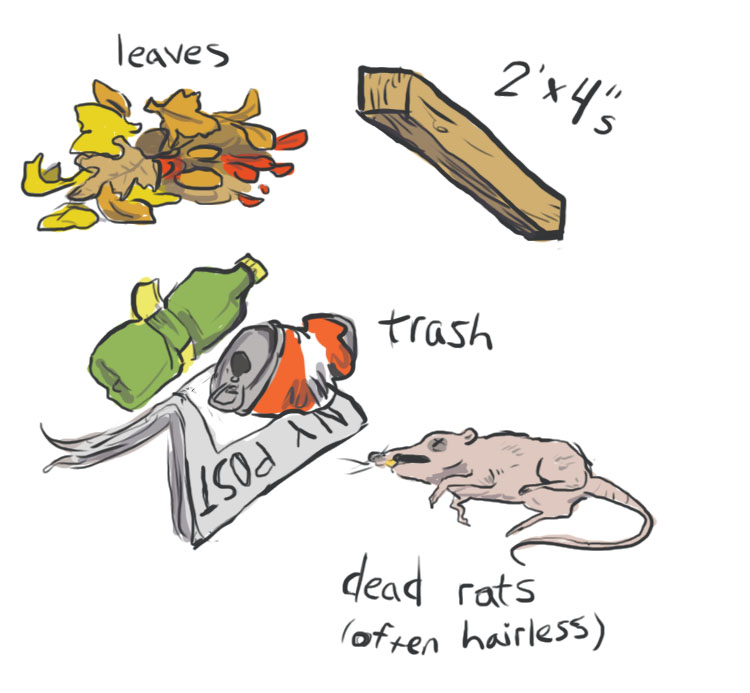 The majority of New York City has what’s called a combined sewer system, meaning the wastewater from your house travels along with street runoff water down the same pipes. So there’s actually a huge amount of leaves and other street litter that gets washed into the sewer system that has to get screened out.

Once all the big junk is taken out, this “primary sludge” is held in settling tanks that allow lighter trash, like plastic and grease, to float to the top where it can be skimmed off. Sand, grit, and gravel are removed, washed, and sent off to landfills. Then the primary sludge moves to aeration tanks for a couple hours. These tanks contain a mixture of aerobic (oxygen-breathing) and anaerobic (not needing oxygen) bacteria that chow down on all the organic matter in the sludge. Big pipes feed oxygen into the tanks to invigorate the aerobic bacteria, creating what’s called in the business “activated sludge.”

After the activated sludge has been digested for another few hours in the aeration tanks, wastewater is sent off to be disinfected with sodium hypochlorite (a chemical found in household bleach), which kills off the remaining bacteria and other microorganisms. Then this treated wastewater is released into the waterways around New York City.

The remaining semisolid organic goop is thickened and piped over to the signature feature of the Newtown Creek plant: the 140-foot-tall stainless steel digester eggs, each of which can hold 3 million gallons of sludge. The eggs are heated to just around human body temperature, which helps the hordes of anaerobic bacteria inside thrive so they can keep chowing down on the sludge. As they digest the organic bits of sludge, the bacteria excrete gases, including carbon dioxide and methane. At Newtown Creek, about 40 percent of the methane is captured and used to help run the plant; the NYC DEP is trying to find ways to use even more of the gas belched out by the digester eggs’ bacteria in the future.

After several weeks in the digester eggs, the sludge is shipped offsite to a facility that uses giant centrifuges to extract all the water it can from the sludge, turning it into a “cake” that has the consistency of moist soil. The cake is often turned into smaller pellets, and either dumped into landfills, used for stuff like filling in decommissioned mines, or sold to farmers for use as fertilizer—something to think about next time you’re perusing a farmer’s market in Red Hook or chomping a fancy salad in the financial district. 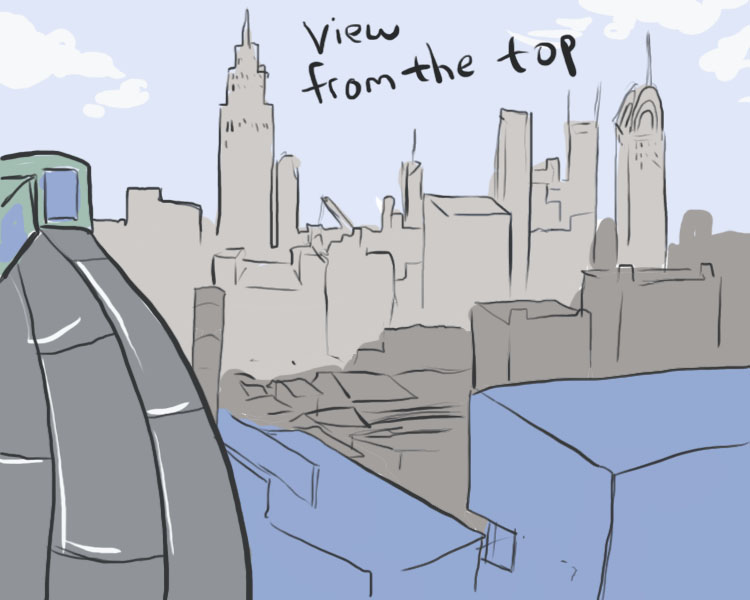 Newtown Creek digester egg tours happen once a month; prior registration, available online, is required. Special Valentine’s Day tours are sometimes offered and are quite popular (and on this particular tour, proposals of marriage are not uncommon, according to one of our tour guides. Did you get engaged at the top of a giant anaerobic digester egg? We’re immensely curious to hear why.)

*Correction: I originally stated that Newtown handles 5 billion gallons of water per day. Thanks to Ben from NYDEP for pointing out the error!