To the uninitiated, birding might seem like a bunch of nerds standing around with lists and binoculars. Okay, it is that, but it’s also about attuning all of your senses to nature. It’s about learning to identify a white-breasted nuthatch not by straining to see the flash of its markings, but by spotting the telltale head-first movement as it sidles down a branch in search of insects. It’s about intently studying the trunk of a pine tree to see if there are streaks of fresh owl poop, indicating a current visitor, or just old streaks left from last year. And every December, birders become part of the biggest flock of citizen scientists to grace the Earth, uncovering warnings of impending threats from invasive species, pollution, and climate change—and also some signs of hope.

The Audubon Society’s Christmas Bird Count is in its 115th year, but the methodology hasn’t changed much since 1900: Get out, look around and see what birds are out there, then write them down. But that trove of data has provided scientists with one of the broadest ecological portraits in North America. Over the decades, Christmas bird counters have helped document, among other things, the resurgence of the bald eagle and the peregrine falcon, the decline of the sage grouse, and the broad effects of West Nile virus and climate change.

One recent Sunday morning, I joined several dozen others to help survey the winged population of New York City’s Central Park. Off-leash dogs still had the run of the Great Lawn as we started to tramp around; only the blue jays were bold enough to show themselves at first (over about four hours, we ended up counting 77, which is probably an underestimate). But it wasn’t long before we hit upon others: A dense nest of white-throated sparrows foraging in the underbrush near a little lake; yellow-bellied sapsuckers carving rows of shallow wells in bark; titmice stealing the upwelling sap from the sapsucker wells; two red-tailed hawks; and a lone and disgruntled-looking young great blue heron. 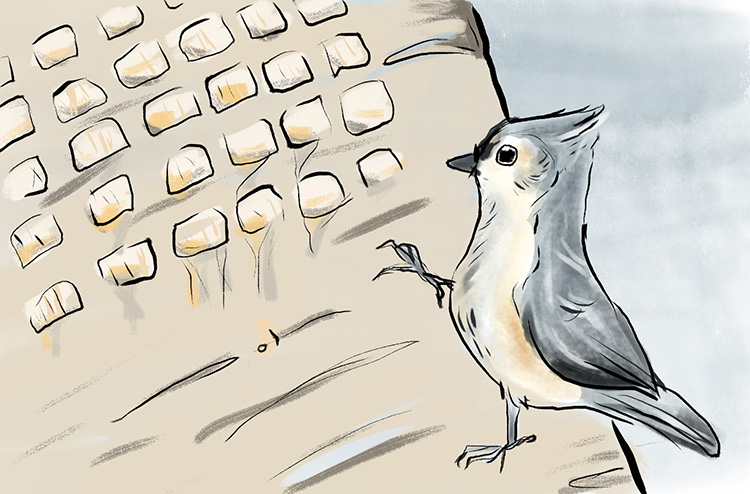 Our little group managed to count 401 birds from 28 species in that small section of parkland. Not too shabby, considering that once the dogs were back on leashes, there was a half-marathon thundering through our section of the park.

The veteran birders in the group were a little perturbed at the utter lack of owls, but whether this was just a fluke of the day or a pattern change is unclear. It’s hard not to immediately fear for any absent birds, given that climate change is already starting to push some birds out of their familiar migratory patterns and habitats. But, as with all good science, we can’t immediately assume that we know what’s going on. While we know what we counted, we won’t know how significant our observations were until they’re combined with all the other counts in New York City, the state, and beyond.

Whenever the media (self included) writes about science, nine times out of ten it’s about results: “study X found Y (except in cases of Z).” The process—the repetitive experiments, the interminably long field surveys—is not the stuff that tends to provoke the reptilian click-and-share reflex in readers. But there’s a humble beauty in the process, and without it there would be no science at all. They also serve who only stand and count.

Illustrations by the author.