Weird, Wild Love: Animal and Plant Mating Habits That Put Us to Shame

You might have plans to cuddle up with your sweetheart this Valentine’s Day, but it’s probably safe to say they won’t include twisting around each other while hanging upside down from a strand of mucus.

Yeah, so that mucus practice is a mating habit of the leopard slug.

It’s also a safe bet that none of you ladies out there hoping to spice up your sex life will sense the antics of a female praying mantis and bite off your male lover’s head mid-copulation.

Which brings us to the point of this article. When you get down to it, compared to the wide array of plant and animal love out there, human romantic practices start to look a little … vanilla. Tame, if you will. Here’s our attempt to just scratch the surface of the exotic (and sometimes dangerous) ways that other creatures and green things get down. 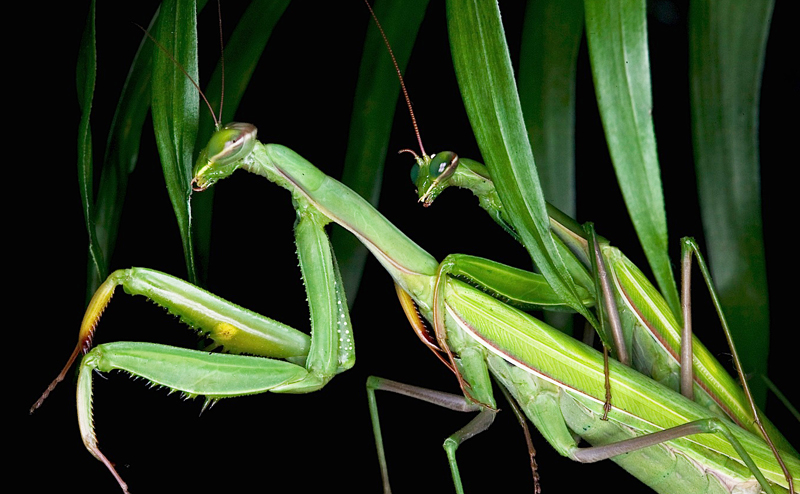 Going Out With a Bang

During mating season, antechinuses—a group of mouse-like marsupials—love on borrowed time. The males are semelparous (a rare trait in mammals), meaning that they have just one chance to pass on their genes before they die. And the male antechinus tries to make the most of his limited reproductive ability. For two to three weeks, he’ll engage in a nonstop marathon of mating that ends up taxing his body so much that his fur falls off, he starts bleeding internally, and his immune system fails.

“By the end of the mating season, physically disintegrating males may run around frantically searching for last mating opportunities,” University of Queensland researcher Diana Fisher told National Geographic. “By that time, females are, not surprisingly, avoiding them.”

Another male that dies in the throes of passion belongs to the species Dinoponera quadriceps, or the queenless ant. After mating, these ants stay stuck together. But a female queenless ant has stuff to do and can’t abide a useless piggybacker, so the obvious solution is to sever the male’s abdomen. The eviscerated male is doomed, but he at least has the satisfaction of knowing that his severed genitals stay plugged up in the female long enough to prevent other males from mating with her while she’s fertile.

Plant romance is almost always a long-distance affair. And if you’re not throwing your seed to the wind and praying, then you’re probably enlisting a third party. Sometimes that means sweetening the deal with tasty fruit, nectar, or seed—or, sometimes, it means mimicking a female bug to fool unsuspecting male bugs, which try to make love to the flower but get coated in pollen instead. And when the Australian tongue orchid commits to playing a part, it commits.

Originally, scientists thought what the orchid-dupe-wasps were doing to the tongue orchids was just “pseudocopulation” (the term scientists use instead of “dry humping”) but “when I saw these wasps mating with these tongue orchids, it didn’t look ‘pseudo’ at all,” evolutionary biologist Anne Gaskett told Livescience.

Ordinarily, you’d think evolution would discourage the wasps from spilling their seed on orchids instead of passing on their genes. But it turns out female orchid-dupe-wasps can reproduce without sperm, and while the ejaculation doesn’t benefit the flower, tongue orchids do have an unusually high pollination success rate among deceptive orchids, according to Livescience. 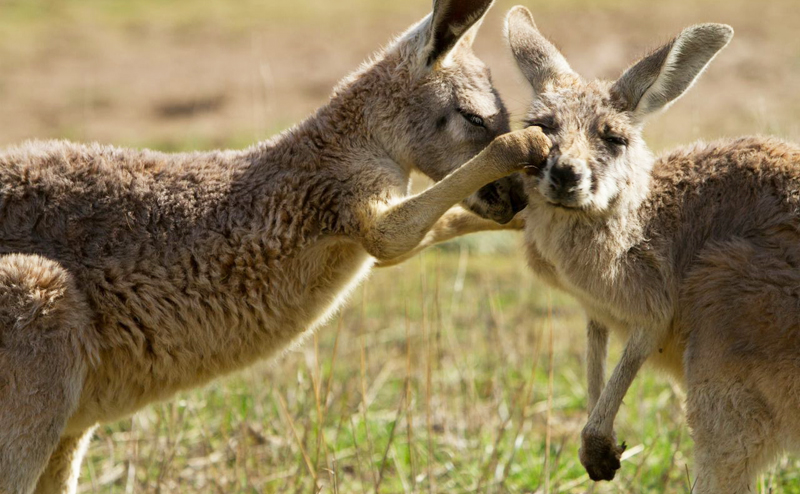 The animal and plant kingdoms feature some genital configurations that seem (from our gonadal perspective) more like the fever dreams of a perverse science-fiction prop artist.

For instance, the female red kangaroo (like most female marsupials) has three vaginas, arranged in a configuration that looks kind of like the steering wheel of a car. The two side vaginas are paths for sperm to travel up, while the middle vagina is the conduit for any joey to hop on out of mom. Male red kangaroos also have a penis that hangs below the testicles instead of the other way around.

When famed French anatomist Georges Cuvier first discovered the “penis” of the argonaut, a type of octopus, lodged in the body of a female, he initially thought it was a parasitic worm. But what Cuvier actually found was the modified detatchable arm, later dubbed a hectocotylus, which the male argonaut uses to fertilize the eggs inside the female. Detachable penises (or detachable penis analogues) have also been found in sea slugs and spiders.

Stab You in the Name of Love 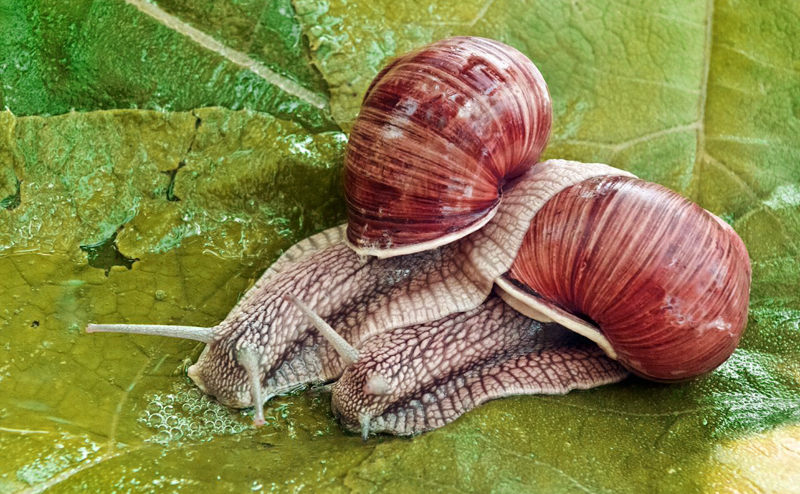 Cupid isn’t the only guy to wield sharp objects of desire; a key part of the mating process for hermaphroditic land snails and slugs is shooting “love darts” at one another. The darts, fired from a special sac on the head (located next to the penis), are coated with a secretion that makes the receiving snail’s body take up a greater number of the others’ sperm (instead of digesting them). Since snails are promiscuous, increasing the proportion of sperm cells surviving in one’s mate increases a snail’s chances of passing on its genes.

Maybe the boring old human methods aren’t so bad after all.