Wherever the pleasure of Grimm’s Fairy Tales and other folk tales may lie, it’s hardly in the plausibility of the stories, but it’s fun to see how particulars of the fantasy could actually occur in real life. Here are a few instances where fairy tale events don’t require any magic.

Climbing a Tower With Hair (Rapunzel) 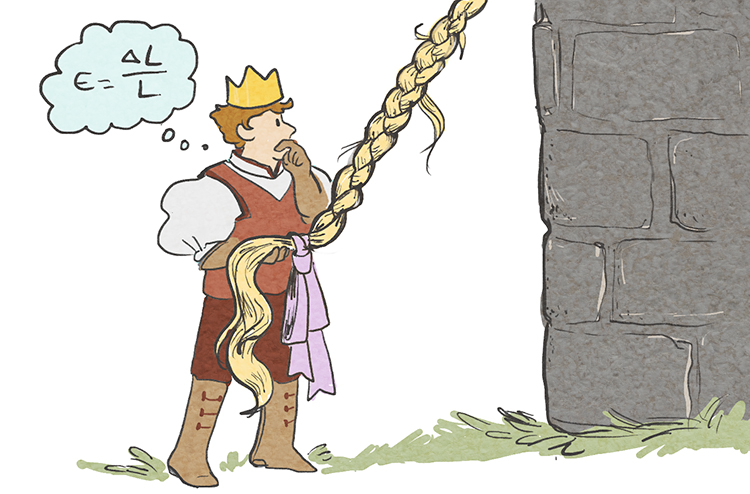 If Rapunzel lets down her hair, could a prince really climb that golden stair? In 2011, a group of physics students at the University of Leicester investigated this question for the school’s Journal of Physics Special Topics, which is devoted to applying math and science to creative questions. One of the primary pieces of data needed for this calculation was the ultimate tensile strength of human hair: How much stress it can take while being stretched before breaking. The physicists cited a separate bit of research published in the Journal of Cosmetic Science that found that human hair’s ultimate tensile strength was around 380 Megapascals (MPa), which is stronger than cast iron, aluminum, and copper, but weaker than steel. Still, it seems to be enough for Rapunzel’s visitors to ascend without incident.

Rapunzel’s hair “could support a weight of 27kN, or just over 2750kg [over 6,000 pounds],” the group wrote. “It is, therefore, safe to conclude that Rapunzel’s hair could easily support the weight of a man.”

The real tricky question is whether Rapunzel’s hair could actually reach the ground. Human hair from the head grows at a rate of anywhere between 4-6 inches a year, so, depending on the height of the tower, the prince may have to wait a bit to meet the princess. 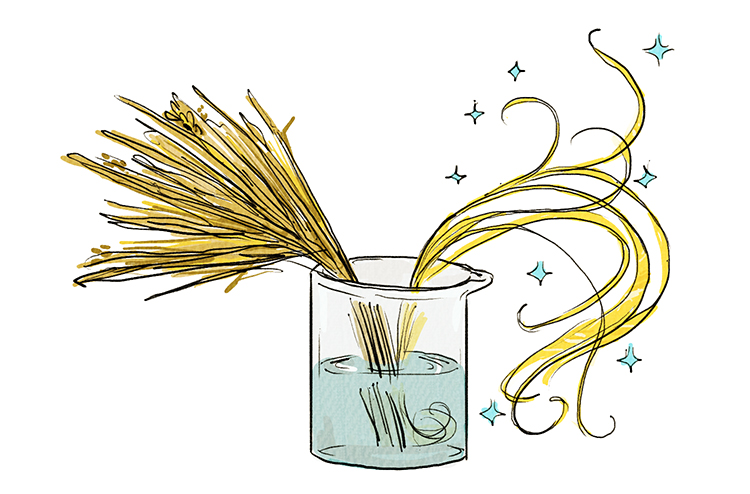 Turning straw or at least certain plants into gold doesn’t require a spinning wheel or making a deal with a freaky little man who’s interested in hiding his name. All you need are the right chemicals.

Plants absorb a lot of material from the ground as they suck up water and nutrients, so if there are precious metals in the soil, they can soak bits of those up too. In 2002, Miguel Yacaman and Jorge Gardea-Torresdey from the University of Texas found a way to extract some of that gold from a variety of plants, including alfalfa, wheat, and oats. But they weren’t looking to mine hidden gold from the ground; the pair’s research focused on using plants to create special tiny particles of gold that can be used in biological research and nanoengineering. After plants have been grown in gold-rich mediums, the scientists can use solvents to dissolve the organic material and leave the gold nanoparticles behind.

Another group led by Chris Anderson at New Zealand’s Massey University has been experimenting with ways to help plants suck up gold—along with other materials like copper, arsenic, and mercury—more easily, in order to clean up contaminated mining sites. Like Yacaman and Gardea-Torresdey, Anderson’s team wasn’t looking to make a fortune off of their work, since the yields of gold are incredibly small for the amount of effort put in. But at least you don’t have to sign away your firstborn to get it.

Building Up an Immunity to Poison (The Princess Bride) 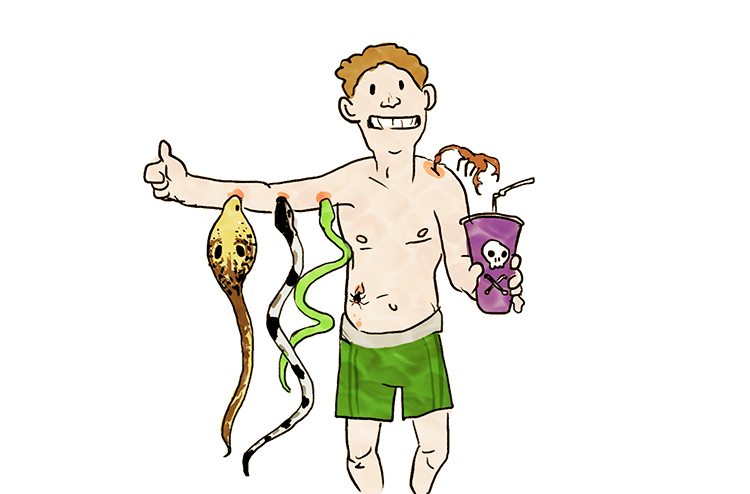 He gathered all that springs to birth
From the many-venomed earth;
First a little, thence to more,
He sampled all her killing store; …
They put arsenic in his meat
And stared aghast to watch him eat; …
—I tell the tale that I heard told.
Mithridates, he died old.

—A. E. Houseman, from A Shropshire Lad

While iocane powder isn’t a real poison, the strategy that ThePrincess Bride hero Westley employed in tricking the villainous Vizzini—taking a bit of poison over a long time to build up an immunity to the substance—does seem to have a solid foot in reality. Better known as mithridatism (named for Mithridates, a king of Pontus, who, fearing assassination, legend has it, took small doses of poison to build up immunity), self-immunization has been practiced by pockets of (very brave or foolish) people throughout history who’ve made themselves immune to a range of poisons and toxins.

A group of “arsenic eaters” in 19th-century Austria regularly took small doses of the poison arsenic for a variety of reasons: as a digestive or sexual aid, to improve breathing, and even to develop attractive rosy cheeks. While these supposed benefits of arsenic remain unproven (and pale in comparison to accidental arsenic poisoning), the arsenic eaters did seem to be able to survive a normally fatal dose of the poisonous element. A review article in the journal Applied Organometallic Chemistry relates how, at a meeting of the Association of German Natural Scientists and Physicians in 1860, a Dr. Knapp brought along two arsenic eaters who ate 400 and 300 milligrams of arsenic trioxide and orpiment (arsenic sulfide), respectively, in front of the assembled scientists. Not only did the two arsenic eaters not die, but soon after the demonstration Dr. Knapp presented an analysis to the conference attendees showing the presence of arsenic in the volunteers’ urine.There are also multiple credible reports of snake handlers who injected themselves with gradually increasing doses of diluted snake venom to guard against fatal bites. The most notable of these was William Haast, whose blood is credited with saving the lives of more than 20 snakebite victims.However, because of the tricky ethical quandary of research involving human subjects and potentially lethal doses of material, the scientific literature is understandably thin on studies of self-immunization. So it’s hard to gauge just where the line lies between mithridatism and unintentional suicide. Legend has it, though, that Mithridates did meet his own end by the latter.