This Week in Science: Chimps in Court, Staring Into the Supervoid, a Real-Life Kermit, and More 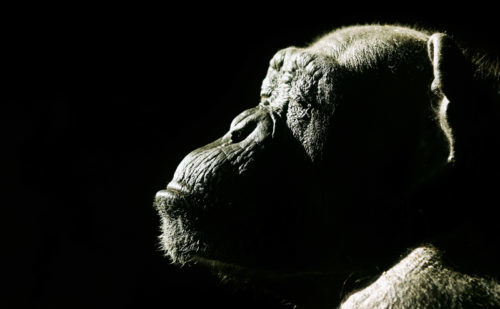 Seven days, lots of science in the news. Here’s our roundup of some of the week’s most notable and quotable items:

A team of international researchers has sequenced the entire genome of the wooly mammoth.

A New York state judge granted a writ of habeas corpus to two lab chimpanzees—meaning that Stony Brook University will have to justify holding the animals, thus cheering activists who are seeking legal personhood rights for the apes.

Scientists identified a type of bacteria living in the urinary tract as the culprit behind a class of rare organ transplant complications.

Bees might be getting hooked on the nicotine-like chemicals in certain pesticides.

Analysis of a 170-year-old bottle of champagne recovered from a shipwreck showed it was sweeter and boozier than modern counterparts. Initially, tasters thought the old champagne tasted like wet dog, but once it was aired out, it proved to be well-aged and delicious.

The Sustainable Development Solutions Network’s World Happiness Report is out for 2015. It ranks levels of happiness in 158 countries and looks at the whys behind the rankings. Guess which countries make the top five? (Hint: The U.S. does not.)

Earth got to see the Lyrid meteor shower on Earth Day.

The Isle Royale wolf population in Michigan is now down to three from 24 just a couple years ago; human development and a lack of ice bridge for wolves to move onto the island may be the main culprits.

Unlike other cephalopods, the vampire squid doesn’t put all of its eggs in one basket: It releases them in several spawning events instead of a single blast.

Atomic clocks just keep getting better—the latest model will be accurate down to the second for the next 15 billion years. (Try that on, Apple Watch.)

Brownies just got a lot more serious. Turns out there’s a gene that controls the point at which chocolate melts.

Goat plague is hitting poor farmers in Asia and Africa.

An MIT team made a wireless trackpad small enough to strap onto your thumbnail, allowing you to control smartphones and other devices. Plus it can be customized with fashionable designs.

Curbing leaks of methane from fossil fuel operations could be a cheap way to mitigate climate change.

Oklahoma, one of the biggest oil- and gas-producing states, acknowledged that fracking can cause earthquakes. And the U.S.G.S. released a comprehensive analysis of the connection between thousands of earthquakes and oil and gas operations, pinpointing 17 areas where gas and oil operations have triggered quakes.

A drug designed to treat rare, inherited forms of breast and ovarian cancer cancer may help men with prostate cancer.