A career in science is hard enough, but stacking motherhood on top of that takes it to another dimension. This Mother’s Day, we’re thinking about all the great moms who are also great scientists, starting with the woman and outstanding scientist who led the way.

Reconciling family life with a scientific career was not easy, physicist and chemist Marie Curie wrote in her biography of her husband and scientific partner Pierre Curie. When the couple’s daughters were born, “I had, of course, to interrupt my work in the laboratory for a while.” But Curie made do, working doggedly in the converted shed that the couple used as a laboratory.

By the time her second daughter was born in 1904, Curie had already won the first of what would eventually be two Nobel Prizes. Tenacity was her watchword. “I never had any other ambition than to be able to work freely for science,” Curie wrote. Her passion was reflected in her daughters; the oldest, Irene Joliot-Curie, followed in her mother’s footsteps, including the reception of a Nobel Prize in 1935. 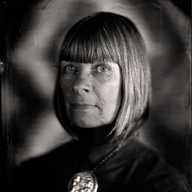 Florida State University anthropologist Dean Falk was a single mom throughout most of her academic career. Aside from supportive mentors, Falk says one particularly helpful group that helped her as a student was a small group of other single parents at the University of Michigan that got together, cooked food for each other, and went on outings.

She also credits her “very strong work ethic” for helping her manage motherhood and academic work—she still works seven days a week and gets up at 3 or 4 in the morning most days. And her research on human brain evolution has taken an interesting turn thanks to grandmotherhood. After her granddaughter Eve was diagnosed with Asperger syndrome, Falk started studying the condition.

When her daughters were young, “I thought at the time that I wanted my girls to go on and become scientists,” Falk says. “But as they got older and decided what they would do they were like, ‘Mom, you work too hard!'” Instead of science, they opted for the relatively relaxing careers of banking and law.

Dean Falk spoke at the evolution of human uniqueness in the 2015 World Science Festival program Planet of the Humans: The Leap to the Top, on Friday, May 29, 2015 at the NYU Skirball Center. 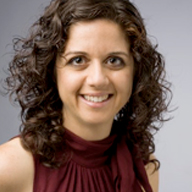 The culture does seem to be getting a bit better for scientists who have children. Tamar Kushnir, a developmental psychologist at Cornell University with two kids, says she’s lucky to have a very supportive academic department. Given that most of her supervisors and mentors write about parenthood, they “understand the demands of caregiving at that age, so they’re pretty understanding,” she says. Also, after attaining tenure, she says, she’s been able to adjust her work schedule to nontraditional hours that fit the demands of childrearing.

Motherhood, Kushnir says, “is no question, the best thing I’ve ever done in my life, but I wouldn’t call it another job. It’s part of my identity. When kids are very little, there are definitely some job aspects to raising them. But it gets more manageable and you get used to it. I can’t imagine these people not in my life.”

Tamar Kushnir spoke about what psychology can tell us about free will at the 2015 World Science Festival program Mind Over Masters: The Question of Free Will, on Saturday May 30, 2015 at the NYU Skirball Center.

Juggling responsibilities as a mother and scientist can be especially tough when the going gets rough. Years ago, geneticist Mary-Claire King was preparing for a major presentation in Washington, DC, when a series of disasters struck. King told the tale onstage at “Mercury Rising,” a 2014 World Science Festival event put on in partnership with The Moth:

When Joan Feynman retired, she had an impressive career to reflect on: senior scientist at NASA’s jet propulsion laboratory, where she studied auroras and solar wind; officer of the American Geophysical Union; and recipient of NASA’s Exceptional Scientific Achievement Medal. But Feynman had a harder road to scientific glory than her brother, renowned physicist Richard Feynman.

As her son, then-Popular Science editor Charles Hirshberg, wrote in 2002, she had to run “a gauntlet of lies, insults, mockeries, and disapproval,” starting with her own mother. Even though Hirshberg’s grandmother was a suffragette, she told Feynman that women’s brains weren’t fit for science. Her professors in college and graduate school gave her worse grades for the same work and suggested she do a dissertation on cobwebs because she’d run into them while cleaning. When she tried to network after a layoff, she was scolded by her rabbi because she was competing with out-of-work men.

It wasn’t an easy life, but Hirshberg knew his mother’s passion. One day, Hirshberg’s teacher assigned his class to go home and ask what their fathers did for a living. Feynman told her son that his father and mother were both scientists.

“I asked what a scientist was, and she handed me a spoon,” Hirshberg wrote. “‘Drop it on the table,’ she said. I let it fall to the floor. ‘Why did it fall?’ she asked. ‘Why didn’t it float up to the ceiling?’ It had never occurred to me that there was a ‘why’ involved. ‘Because of gravity,’ she said. ‘A spoon will always fall, a hot-air balloon will always rise.’ I dropped the spoon again and again until she made me stop. I had no idea what gravity was, but the idea of ‘Why?’ kept rattling around in my head. That’s when I made the decision: The next day, in school, I wouldn’t just tell them what my father did. I’d tell them about my mother too.”