Where in New York City can you review the astonishing archives of a leading pioneer in computer language? On a velvet pillow, overlooked by a bust of a Romantic-era icon, locked in the peaceful and mysterious Pforzheimer Collection of Shelley and His Circle at the 42nd Street branch of the New York Public Library.

The daughter of the poet Lord Byron, Ada’s collaboration with Charles Babbage on his calculating machine, the Analytical Engine, led to her popular reputation as the world’s first computer programmer. Modern historians have questioned whether her published notes of 1843 truly constitute the first computer language, but her writings remain unchallenged as the most exquisite poetry ever created about the intricacies of computer programming. In the early 1980’s a programming language created for the US Department of Defense was named “Ada” to honor her.

A brilliant blend of her father’s imaginative, metaphorical inspiration and the acute mathematical sensibilities instilled by her mother, Ada’s words are as prophetic as they are beautiful. Her writing may not reflect a functional computer language in its entirety, but it defines the concept of a computer program and its role in the human imagination in a way that may never be repeated.

“… [mathematics] constitutes the language through which alone we can adequately express the great facts of the natural world, and those unceasing changes of mutual relationship which, visibly or invisibly, consciously or unconsciously to our immediate physical perceptions, are interminably going on in the agencies of the creation we live amidst… mathematical truth as the instrument though which the weak mind of man can most effectually read his Creator’s works, will regard with especial interest all that can tend to facilitate the translation of its principles into explicit practical forms.”

And here, a prescient description of digital music production that predates the first computer–generated composition by over a century:

“…it [the Analytic Engine] might act upon other things besides number, were objects found whose mutual fundamental relations could be expressed by those of the abstract science of operation… Supposing, for instance, that the fundamental relations of pitched sounds in the science of harmony and of musical composition were susceptible of such expression and adaptations, the engine might compose elaborate and scientific pieces of music of any degree of complexity or extent.”

For a trove of information on Ada, check out the work of science historian Betty Toole. 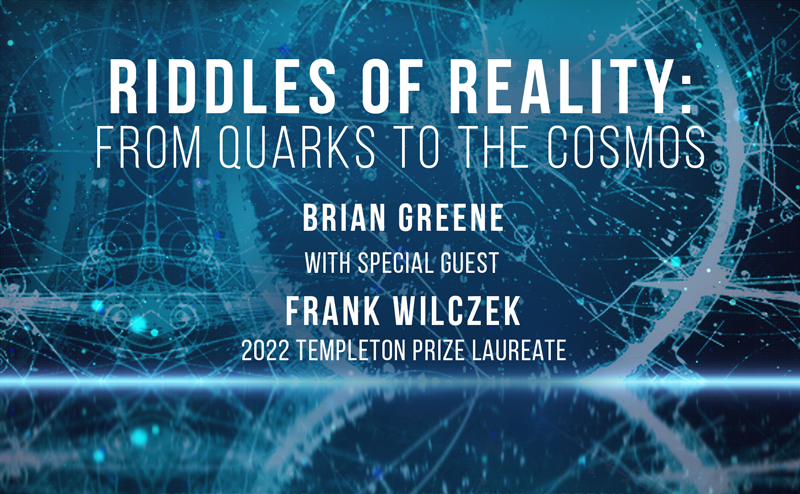 Riddles of Reality: From Quarks to The Cosmos