How Do Animals Sleep? 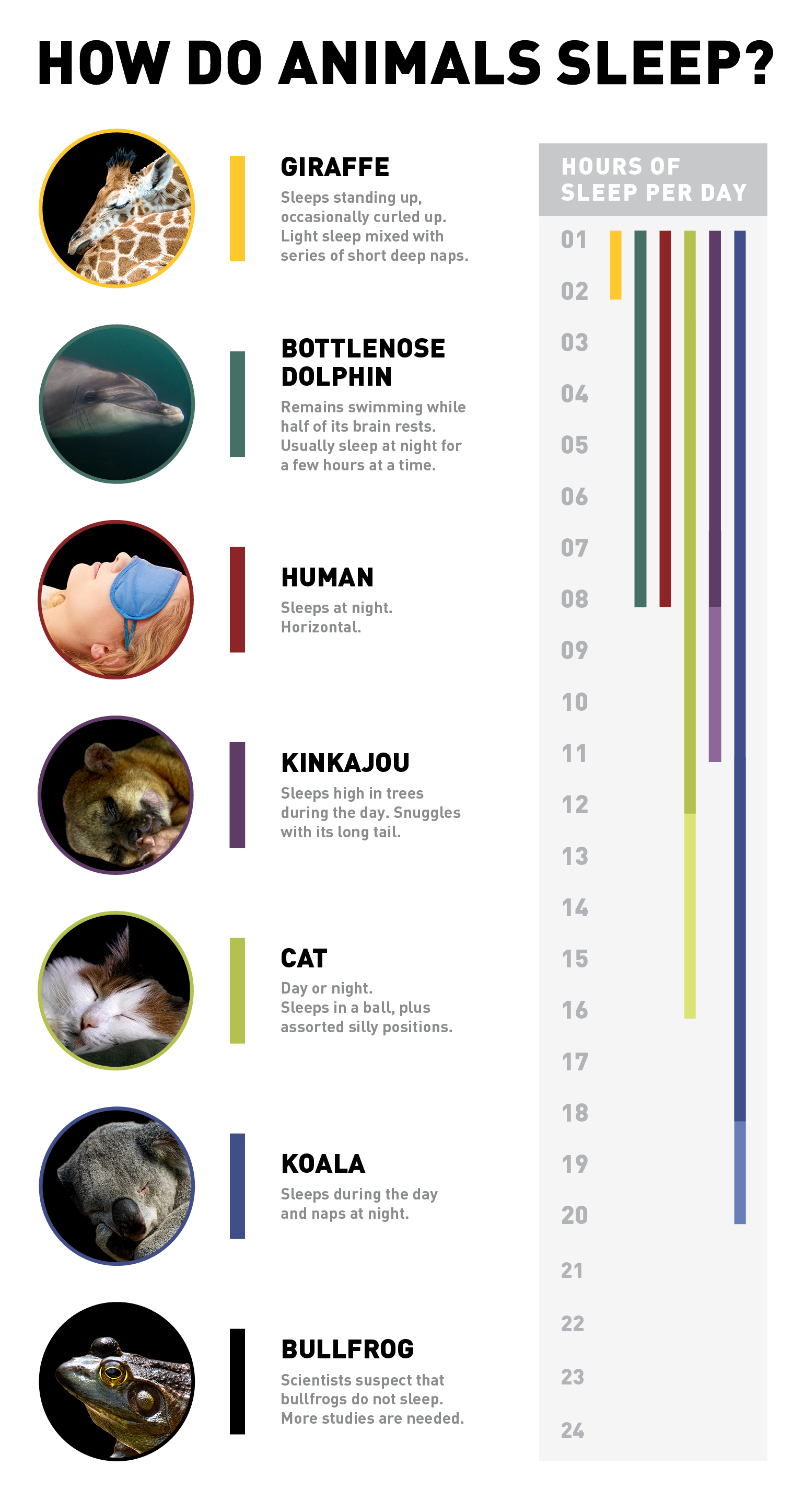 Humans spend one third of their lives catching some zzzzzz. That may seem like a lot of time, but a koala requires more than double the daily amount of sleep we do. Domestic cats commonly spend half of each day asleep, which is about as obvious as scientific facts come. This visual comparison of the number of hours certain animals sleep and how they do so offers a small insight into some of the complex questions scientists are asking about sleep.

In 2011, neurophysiologist Niels Rattenborg joined Carl Zimmer and a distinguished group of scientists at the World Science Festival for “Mind After Midnight,” a conversation about what leading researchers around the world have been learning about how humans and animals sleep and why this research matters. For instance, humans commonly dream while they are asleep, but what else the brain up to during the middle of the night? Do animals dream, too?