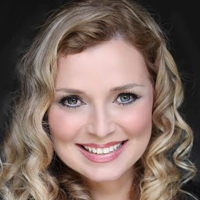 CeCe Moore is a professional genetic genealogist who is considered an innovator in the use of DNA for genealogical purposes. Currently, she is working as the genetic genealogy consultant and scriptwriter for PBS’ Finding Your Roots with Henry Louis Gates, Jr. and recently completed work for Genealogy Roadshow. She is the author of the personal genomics blog Your Genetic Genealogist, which boasts tens of thousands of readers from 180 countries and Adoption and DNA where she writes about adoptees who have discovered their genetic heritage through DNA testing. Moore is frequently consulted by the press, recently appearing on 20/20, CBS This Morning and The Doctors and quoted internationally including in The Wall Street Journal, Washington Post, People Magazine, Harper’s Bazaar, ABC News, Huffington Post, Business Insider, Wired Magazine, The Root, Fox Health, BioArray News and many others.