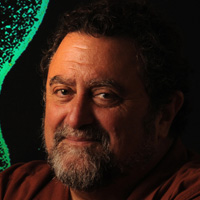 Internationally renowned neurobiologist James Fallon has made major scientific breakthroughs in the basic and clinical brain sciences. He was the first to describe a characterized growth factor in the central nervous system, the first to show how to stimulate the mass production and mobilization of adult stem cells in the adult brain, to provide the pioneering analyses of the dopamine and endorphin systems and their circuits throughout the brain, and to uncover the fundamental organization of the mammalian forebrain. Fallon was the neuroanatomist on the team that The New York Times called “the most startling discovery during the Decade of the Brain.” His recent imaging genetics research has discovered new genes for Alzheimer’s disease and schizophrenia. Most recently Fallon has lectured worldwide on neurolaw and the brains of psychopathic killers and dictators. Through a series of chance and serendipitous events, this led to a disturbing revelation in his own family, and in his own life.

Fallon is professor emeritus of anatomy and neurobiology and professor of psychiatry and human behavior at the University of California, Irvine’s School of Medicine.