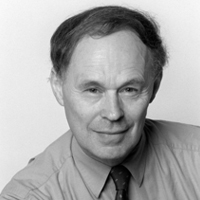 Nicholas Wade received a B.A. in natural sciences from King’s College, Cambridge. He was deputy editor of Nature magazine in London and then became that journal’s Washington correspondent. He joined Science magazine in Washington as a reporter and later moved to The New York Times, where he has been a science reporter, a science editor, and an editorial writer, concentrating his writing on issues of defense, space, science, medicine, technology, genetics, molecular biology, the environment, and public policy. Wade is the author of A Troublesome Inheritance.