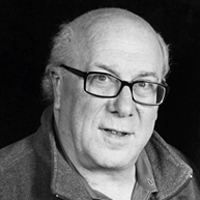 Philip Rubin is the principal assistant director for science at the Office of Science and Technology Policy (OSTP) in the Executive Office of the President of the United States, where he also leads the White House Neuroscience Initiative. He is on leave as the CEO of Haskins Laboratories in New Haven, Conn., where he remains as a Senior Scientist, and is also a professor adjunct in the department of surgery at Yale School of Medicine and a Fellow of Yale’s Trumbull College. Rubin is a cognitive scientist, technologist, and science administrator who for many years has been involved with issues of science advocacy, education, funding, and policy. His research spans a number of disciplines, combining computational, engineering, linguistic, physiological, and psychological approaches to study embodied cognition, most particularly the biological bases of speech and language. He is best known for his work on articulatory synthesis (computational modeling of the physiology and acoustics of speech production), speech perception, sine wave synthesis, signal processing, perceptual organization, and theoretical approaches and modeling of complex temporal events.

In 2010, he received the APA’s Meritorious Research Service Commendation for his outstanding contributions to psychological science through his service as a leader in research management and policy development at the national level.