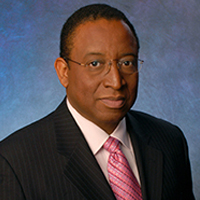 Randall Pinkston was a CBS News correspondent for more than 30 years, including two years covering the White House. Among his many awards are three Emmys, including one for Outstanding Investigative Reporting for CBS Reports: Legacy of Shame about migrant farm workers in the USA. He has covered the front lines of war in both Iraq and Afghanistan. His final report for CBS profiled the civil rights activist Medgar Evers. In 2013, Pinkston joined Al Jazeera America as a contributor. He has been honored by the New York State Associated Press Broadcasters Association, the Council of Churches of the City of New York and the Scripps-Howard Foundation for a series on mentally ill and physically handicapped people. He began his broadcast career at a TV station in Mississippi, where he was raised.