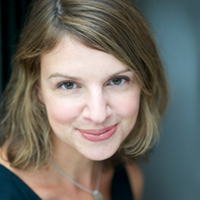 Shana Corey has a flair for finding the story in history and making it fun. She was named a Publishers Weekly Flying Start for her first picture book, You Forgot Your Skirt, Amelia Bloomer!, which went on to inspire the American Library Association’s Amelia Bloomer Project. Corey’s other acclaimed books for young readers include Players in Pigtails, Here Come the Girl Scouts! The Amazing, All-True Story of Juliette Gordon Low, The Secret Subway, and A Time to Act: John F. Kennedy’s Big Speech. Corey is inspired by people who work to make a difference in the world and has also written early readers about Barack Obama, Malala Yousafzai, and Hillary Clinton. She is an editor at Random House Children’s Books and lives in Brooklyn with her husband and their three children.