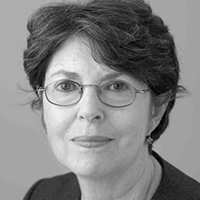 Susan Zolla-Pazner, professor of pathology at the New York University’s school of medicine and director of AIDS research at the New York Veterans Affairs Medical Center, is a scientist who has devoted her professional life to areas of immunology where basic research intersects with the needs of modern medicine. In 1981, Zolla-Pazner was asked to consult on several patients who had an unusual type of cancer, and became a key participant in the diagnosis of the first patients with a new form of Kaposi’s sarcoma, a tumor related to the disease which later became known as AIDS. She was the first to describe the immunologic deficits in one-third of the “healthy” gay population in New York City, heralding in 1982 the devastating effect of this epidemic on the gay population.

In the years since, Zolla-Pazner has authored more than 290 scientific publications on AIDS and related illnesses. Zolla-Pazner’s lab was instrumental in studies of the Thai clinical HIV vaccine trial, identifying the antibodies in vaccine recipients associated with decreased risk of infection. She collaborates actively with researchers around the world and has received support through the National Institutes of Health, the Department of Veterans Affairs, the Military HIV Research Program, and the Bill and Melinda Gates Foundation for her studies to develop an AIDS vaccine and for her work in training students and healthcare professionals from India, Cameroon and China in the prevention, diagnosis and treatment of AIDS and tuberculosis. She was elected in 2011 as a fellow of the American Association for the Advancement of Science.