Marcia Bartusiak joins Kip Thorne, Laura Danly and Rainer Weiss to demonstrate how two observatories on opposite sides of the country, called LIGO (Laser Interferometer Gravitational-wave Observatory), may open a new window on observing the cosmos—one based not in light but in gravity. Scientists have embarked on this joint experiment, seeking whispers of far-away violence—like the collision between distant black holes—rippling through the cosmos. It’s taken nearly a century, but technology has finally caught up to Einstein’s brilliance. His 1916 General Theory of Relativity predicted the existence of gravitational waves—undulations in the very fabric of space and time—and LIGO researchers are now poised to detect them. 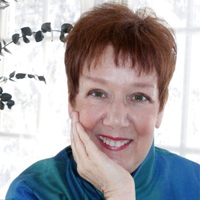 Marcia Bartusiak is an author, journalist, and Professor of the Practice of the Graduate Program in Science Writing at MIT. She writes about the fields of astronomy and physics. Bartusiak has been published in National Geographic, Discover, Astronomy, Sky & Telescope, Science, Popular Science, and more. 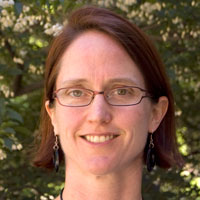 Andrea Lommen has been a pioneer in detecting gravitational waves with pulsars. Dr. Lommen’s research, and that of the team she leads, has taken theoretical concepts and transformed them into experimental practice. 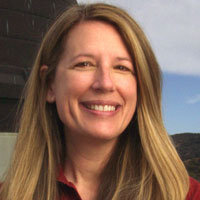 Laura Danly is a spectroscopist specializing in ultraviolet observations from space satellites. Her research focuses on the large-scale distribution and dynamics of the interstellar medium and its relationship to galaxy evolution.