When Antoine Lavoisier, the father of modern chemistry, was beheaded during the French Revolution, he left behind a widow whom history has overlooked. Two Nobel prize-winning scientists and an art historian share a passion for a beguiling portrait of the Lavoisiers by Jacques-Louis David, painted just 6 years before the famed chemist was led to the guillotine. They’re not alone in this passion; the work now presides over a gallery at The Metropolitan Museum of Art. What is it about this depiction of the Lavoisiers that captures the imagination of both scientists and art lovers? A conversation among two esteemed scientists, both savvy politicians, and an art historian from the Met. The three explored their infatuation with this portrait and revealed all that is hinted at on the canvas—and all that is not.

Presented in collaboration with the Metropolitan Museum of Art. 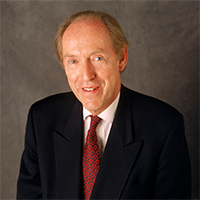 Garrick Utley served as founding president of the Levin Institute of the State University of New York from 2003 to 2011. He was a senior fellow and the director of New York in the World, an initiative of the Institute. 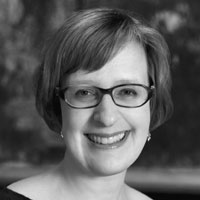 Kathryn Calley Galitz is a scholar of late eighteenth- and early nineteenth-century French art. At The Metropolitan Museum of Art, Galitz has organized international exhibitions on artists including Chassériau, Girodet, and Turner.

Harold Varmus, M.D., co-recipient of the Nobel Prize for studies of the genetic basis of cancer, joined the Meyer Cancer Center of Weill Cornell Medicine as the Lewis Thomas University Professor of Medicine on April 1, 2015. 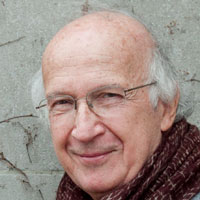 Roald Hoffmann is a professor of chemistry and the Frank H.T. Rhodes Professor of Humane Letters Emeritus at Cornell University in Ithaca, New York. He is a graduate of both Columbia and Harvard Universities.