A Recap from The Whispering Mind: The Enduring Conundrum of Consciousness

Terry Moran, co-anchor of ABC News’ Nightline, and the network’s Supreme Court correspondent, forewarned audience members, the discussion that was about to unfold on the stage Thursday night at NYU’s Skirball Center for the Performing Arts might tread disturbing terrains. In addition to the packed New York audience for the World Science Festival event, students, teachers, and scientists gathered at The Mind Museum in Bonifacio Global City, Philippines, to attend the panel live via webcast. Moran’s disclaimer, given within the first few seconds of his opening remarks, was really a warning of inevitability. His experience navigating the terrains of politics brilliantly served useful in the moderation of the panel on The Whispering Mind: The Enduring Conundrum of Consciousness.

Watching and listening to the exchange of dialogue on the topic was much like witnessing a heated political debate. The intersection where various answers meet in response to two of humanity’s most arguably biggest questions, “Who am I?” and “How does stuff work?” engenders various perspectives in which collision is unavoidable. A philosopher, two neurologists from different spectrums of consciousness studies and one neuroscientist, were tasked to address the discourse between mind and brain. As Moran forewarned, the panel organically presented conflicting perspectives that collided on stage.

Thinking, seeing, hearing: Each of these actions are considered conscious mental phenomena. The meaning of the word and the ideas surrounding consciousness has been discussed since the time of Plato and ancient Hindu philosophers, but it was not until the 17th century mathematician, physicist, and philosopher, René Descartes (1596-1650), that such ponderings and explorations of consciousness were formulized. Colin McGinn, philosopher, professor and Cooper Fellow at University of Miami, was tasked with initiating the panel discussion with a crash course on the history of the philosophy of mind. 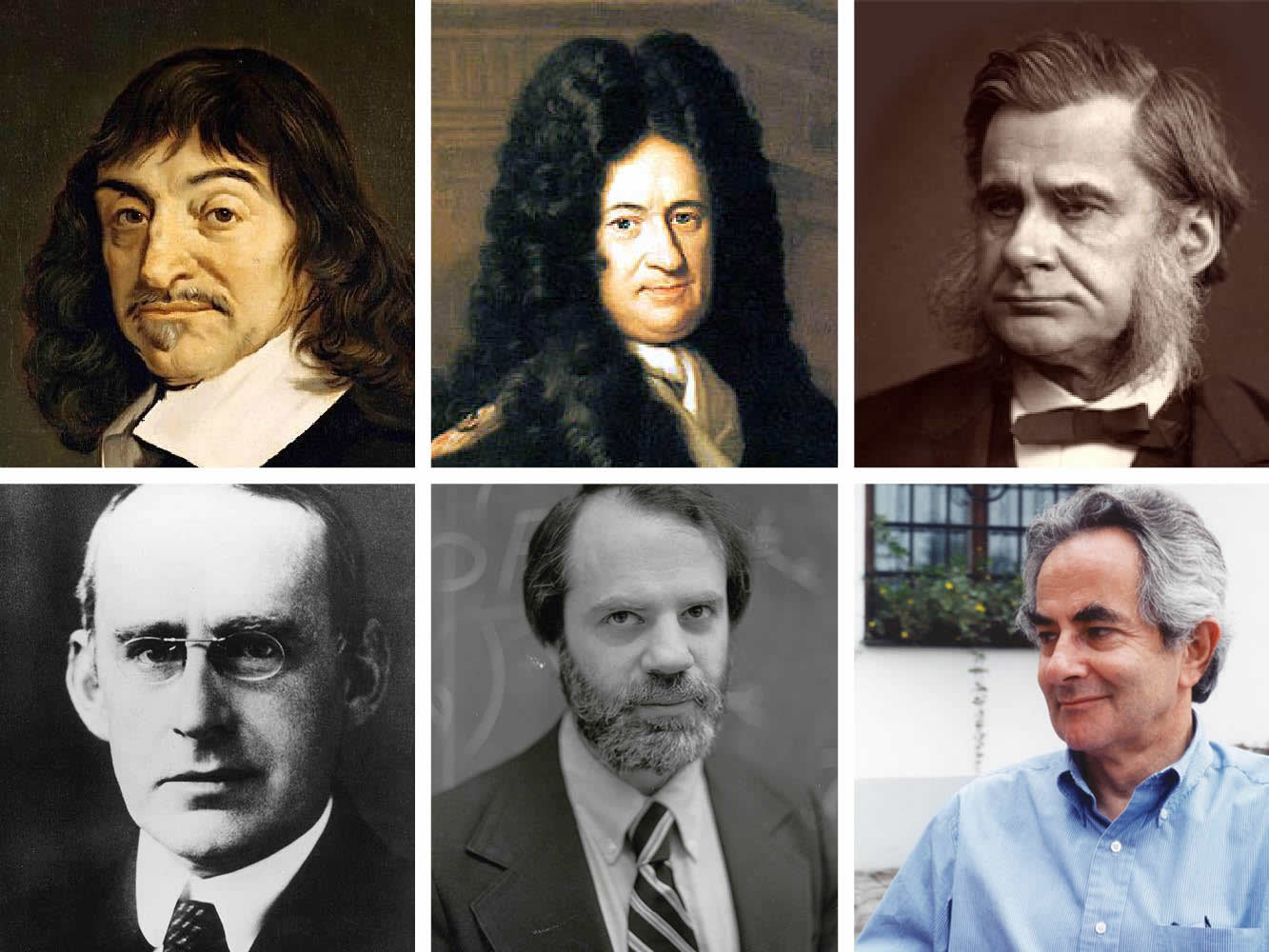 Christof Koch, neuroscientist and chief scientific officer at the Allen Institute for Brain Science in Seattle, attacked the historical grounds of philosophers, claiming them to be defeatists. He argued that philosophers have limited the possibilities of science and questioned their contributing value in the discourse of consciousness, to which McGinn pointed out that the historical philosophers were also the scientists. There was not a distinction between the two like there is in today’s modern times.

The mind and body dichotomy within the scientific and philosophical community in many ways presents itself in a polarizing tango similar to witnessing the dialogue exchanged between an agnostic individual and one who holds a monotheistic faith. Dualist philosophers/scientists, like many of the men referenced by McGinn, hold the view that consciousness cannot be reducible to the brain and the brain may never comprehend consciousness’ non-physical form. They believe the mind and brain are not identical, though a harmonious numinous interaction between the two is acknowledged. Monists, also referred to as manifests on the other hand, argue that the mental phenomenon of consciousness can be explained in terms of a single reality or substance. Koch used the analogy of astronomers to that of neuroscientists. Just as astronomers continuously discover the next bigger planet and galaxies light years away, neuroscientists are continuously discovering new aspects the brain. It is assumed that new awareness will continue to come into view. There are more synapses in the brain than there are stars in the galaxy. Such evidence, Koch claimed, presents the notion that an answer somewhere somehow exists and science has to continue to expand in order to contain and arrive at such answers.

After the distinction between the two perspectives was made, Moran raised the question of faith. Can we consider a monistic scientist who believes that science will eventually provide the answers to the unknown as a form of faith? As such advances in science are made and scientists continue to discover ways to answer the questions of why and how by way of technologies and research, the moral ethics of power rise to the surface. To map and comprehend the mind’s connection and influence on the body is a mighty power to be wielded. More and more, such power presents itself in the court of law. Though tested and support data exists, moral and ethical dilemmas still presents itself in a subject that in many ways is intangible and abstract.

As the director of the Laboratory of Cognitive Neuromodulation at Weill Cornell Medical College, Nicholas Schiff, MD, focuses on neurological disorders of consciousness. He and his team investigate and work to enable recovery of consciousness following brain injuries. When the question of when does consciousness first become activated in humans was raised, Schiff referred to the Mirror Test, made famous by Gordon Gallup. The research technique, in which the skin of an infant is marked while asleep or sedated and cannot be seen directly without aide of a mirror, assists in the biomarking of human’s awareness of self. Eight months was the general marker identified through this method of investigation, though Koch suggested that the moment of birth, when a baby’s lungs are first activated upon exiting the birth canal, is the first moment of self-awareness and hence consciousness. 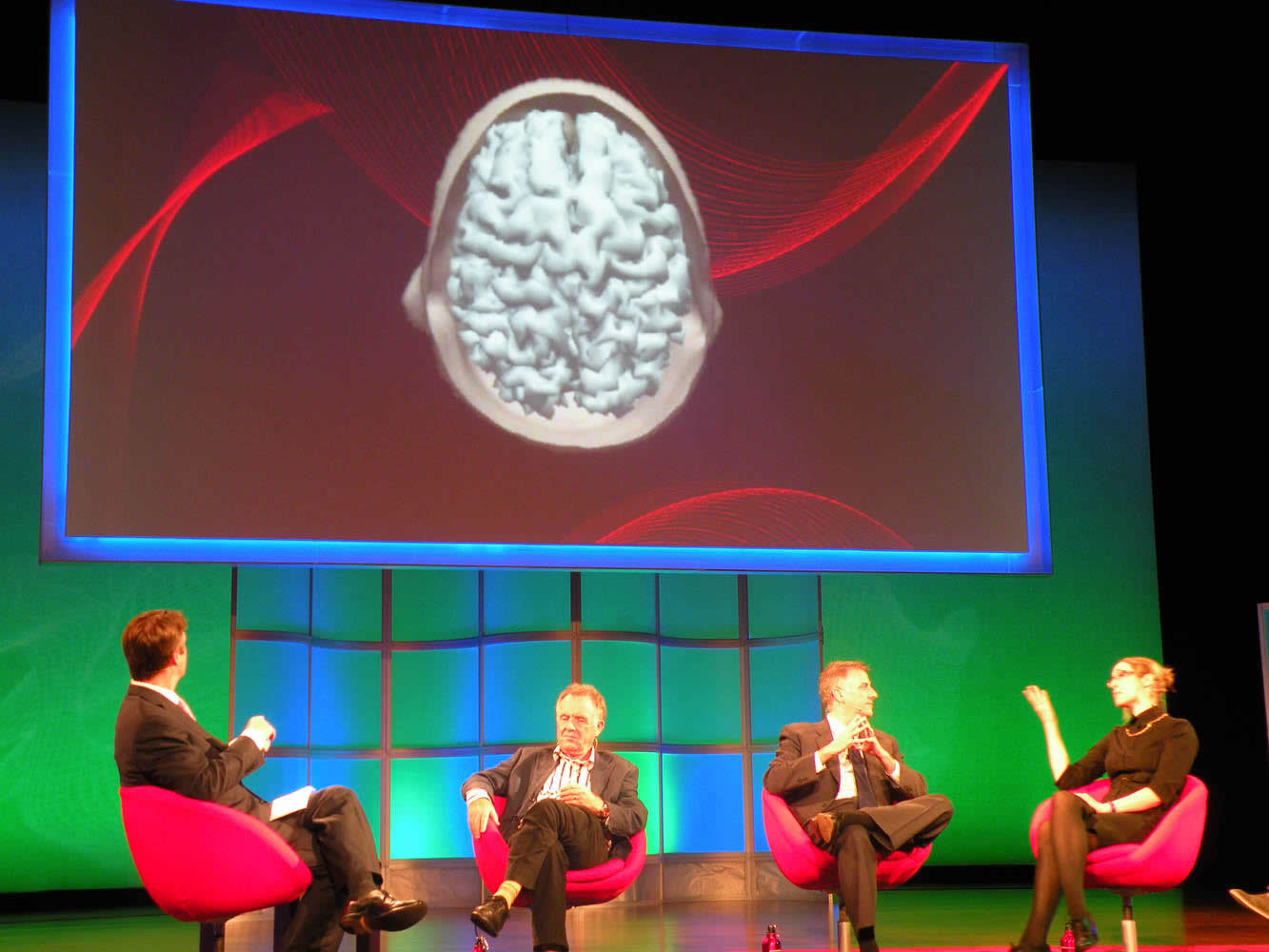 Though birth may serve as the activation of consciousness that does not necessarily mean that one is always in a conscious state from the moment of birth. Melanie Boly, neurologist and postdoctoral research fellow at the Belgian National Fund for Scientific Research at University of Wisconsin-Madison shared some of her research pertaining to sleep and consciousness. She presented the observations that in a wakeful state of mind, the brain experiences complex activities throughout its entire landscape. Curiously, her research as well shows that when one is in a sleep state, brain activity becomes localized into one region of the brain. When we are asleep we are in a true state of unconsciousness, though in deep sleep our brain is still active. Though technological advancements are aiding in the investigation, the reasons why remains a mystery.

It is evident from both sides of the perspectives that a cognitive gap between the mind and body interaction exists. For some, it is a mystery that may remain a mystery to which humanity should be comfortable by the inevitability of the unknown and for others, the gap provokes the community to further investigate and discover the ways to narrow that gap through the advancements of technologies, for somewhere in science is the answer.