Scientists who developed the theory of cosmic inflation, pushed the limits of microscopy, and discovered brain networks devoted to memory and cognition received top honors at this year’s Kavli Prizes.

Awarded once every two years, the Kavli Prizes offer $1 million, a gold medal, and a scroll to exceptional researchers in astrophysics, nanoscience, and neuroscience—those who work to unravel the natures of big, small, and complex forces around us. This year’s winners were announced on Thursday, May 29 in Oslo, Norway and simulcasted at the 2014 World Science Festival.

Alan Guth (Massachusetts Institute of Technology), Andrei Linde (Stanford University) and Alexei Starobinsky (Landau Institute for Theoretical Physics) won the 2014 Kavli Prize in astrophysics for their work in formulating the theory that the universe exponentially expanded in the first fraction of a second after the Big Bang.

“When I first came up with the idea, I was extremely nervous that it would be wrong in some obvious way,” Guth, who was in attendance at the Festival’s Kavli Breakfast, said. “Fortunately, it didn’t fall apart.” 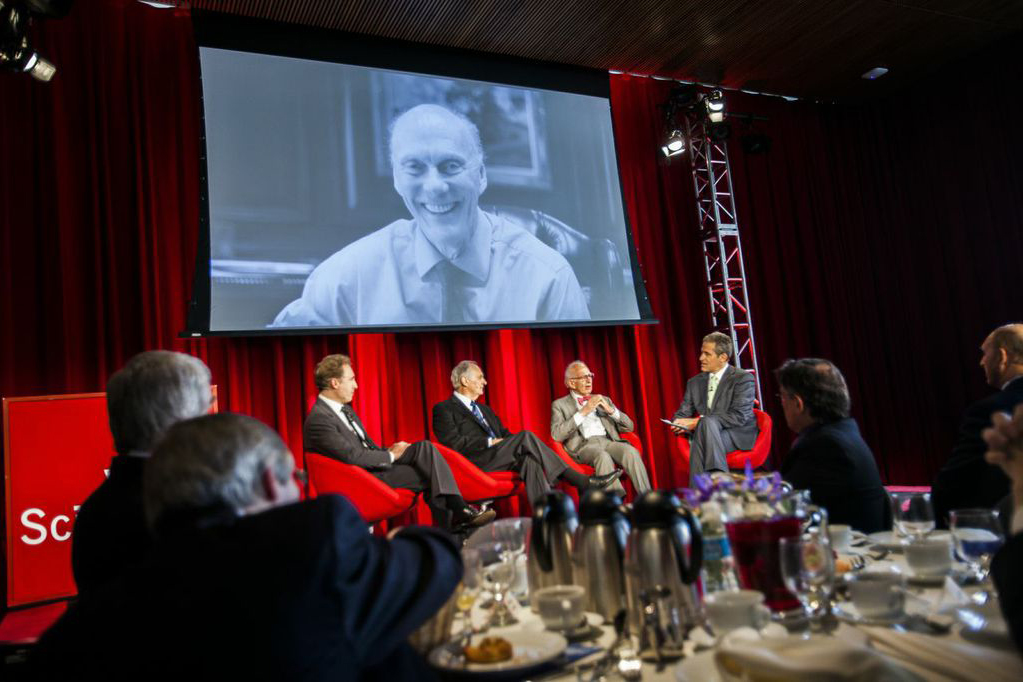 Linde, whose work has focused on the possibility of multiple Big Bangs occurring, giving rise to a many-faceted multiverse, told the Kavli Breakfast audience that he has no cell phone, so he actually wasn’t able to take the call from Norway telling him that he’d won the Prize.

“If this is breakfast, what is going to be for lunch?” he joked.

Festival panelist U.K. Astronomer Royal Sir Martin Rees said he remembered hearing Guth and colleagues give some of the very first talks about cosmic inflation decades ago. 50 years ago, scientists didn’t even know that the Big Bang existed; now it’s generally accepted that all of existence exploded out from something the trillionth of the size of an atomic nucleus.

“So really, these guys should also get the nanoscience prize as well,” Rees joked.

The actual Kavli nanoscience prize was shared by Thomas Ebbesen (Louis Pasteur University), Stefan Hell (Max Planck Institute) and Sir John Pendry (Imperial College London), who have all shown that light can interact with structures smaller than its wavelength, thus pushing the limits of microscopy resolution.

Their work has proven that scientists “can structure light the way we can structure materials,” said panelist Paul Weiss, the Fred Kavli Chair in NanoSystems Sciences.

Fellow panelist Ann Graybiel, an MIT neuroscientist, said that pushing the limits of microscopy will feed new advances in brain studies by allowing researchers to peer deeper and deeper into the connections between neurons. 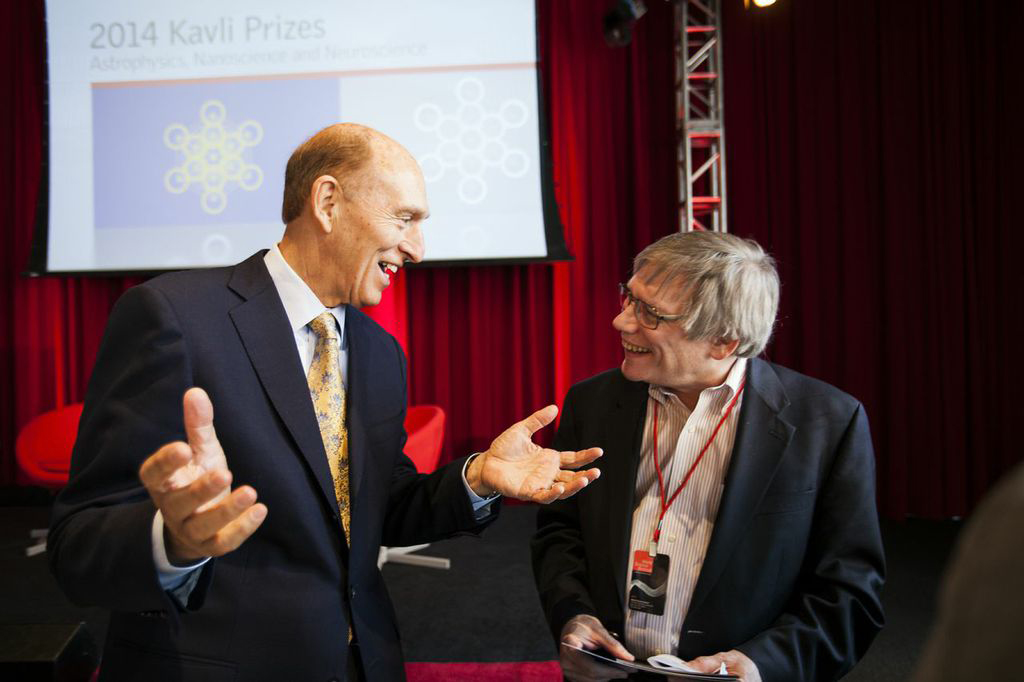 Robert W. Conn with Alan Guth at the 2014 Kavli Breakfast

“We desperately need better ways to be right there,” Graybiel said.

“They transformed the way we think about the brain,” Graybiel said.

One of the signature features of the Kavli prize, according to panelist and Nobel Prize-winning Columbia University neuropsychologist Eric Kandel, is that it makes connections between the three honored disciplines. Advances in nanoscience can engender leaps in astrophysics and neuroscience, and so forth. University of Oxford neuroscientist Kia Nobre (appearing on Sunday at the World Science Festival panel The Deceptive Watchman: Mind, Brain And Time) agrees that recognizing the interdisciplinary nature of research is essential.

“It’s great to see the relationships between neuroscience and other fields,” Nobre said. “We tend to have these very folky stories about the brain, but I think it’s going to turn out to be just as weird as quantum mechanics.”

The Prize’s founder, Fred Kavli, passed away in 2013, but his legacy continues this year and onward.

Kavli “was a visionary about the future,” said actor Alan Alda. “He didn’t settle for the future that came by itself.”