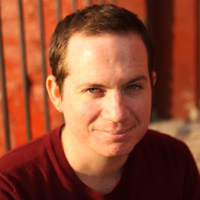 Seth Fletcher is chief features editor at Scientific American. His first book, Bottled Lightning, on the lithium-ion battery and the rebirth of the electric car, was published in 2011 by Hill & Wang/FSG. His next book, currently in progress, is about a group of astronomers and their quest to take the first picture of a black hole (Ecco Press). His writing has appeared in Scientific American, The New York Times, Popular Science, Fortune, Men’s Journal, Outside, and other publications. His television and radio appearances include CBS’s Face the Nation, MSNBC’s The Dylan Ratigan Show, the BBC World Service, and NPR’s Fresh Air, Morning Edition, Science Friday, Marketplace, and The Takeaway.