A Timeline of Traits That Make Humans Special 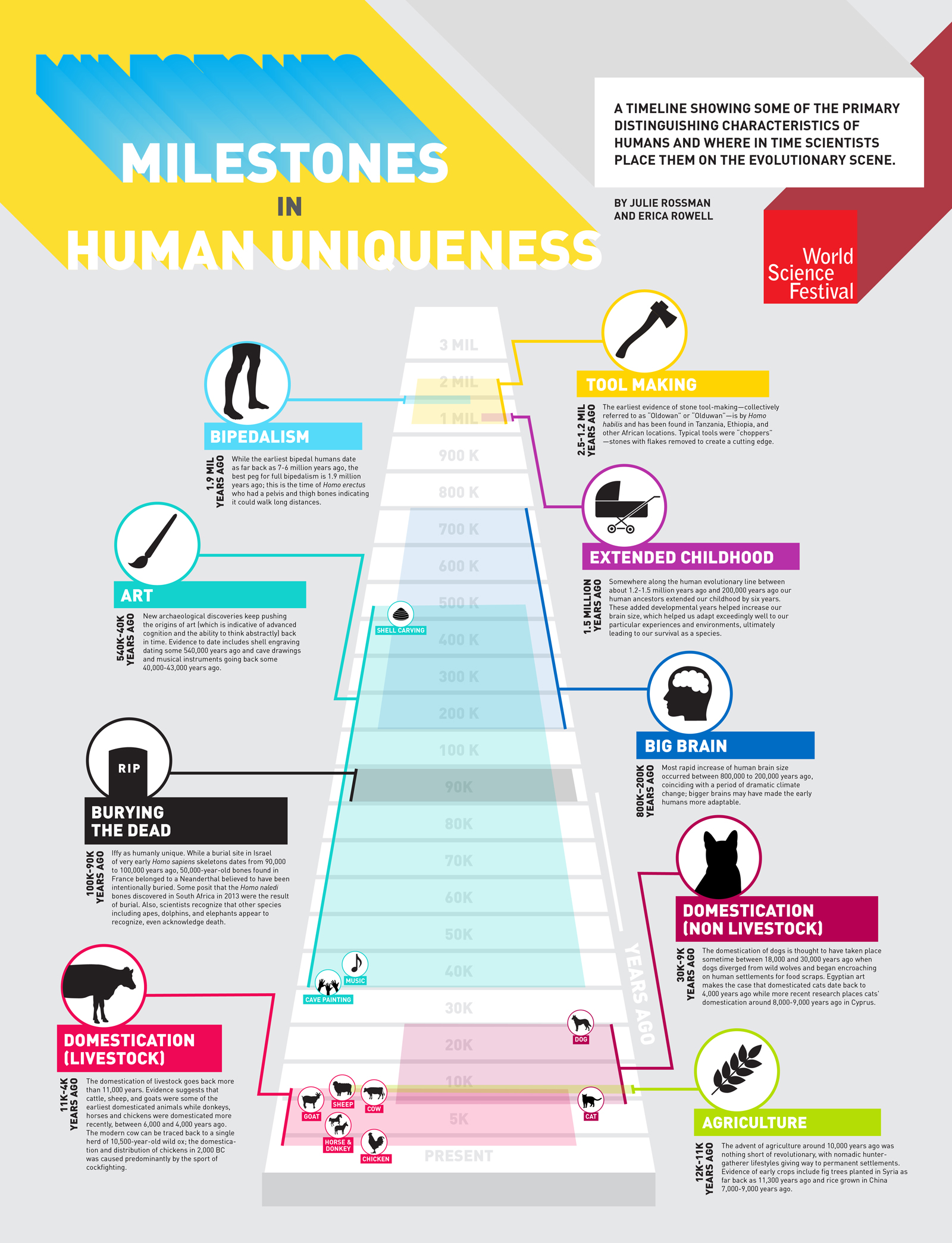 How we humans developed the unique traits that separate us from our ancient ancestors is a scientific puzzle whose solution is ongoing. From fossils to food cultivation to social structure, the story of human evolution is written from many angles. This timeline shows some of the primary distinguishing characteristics of humans and when scientists believe they appeared on the scene. (Below, watch “Planet of the Humans: The Leap to the Top,” a WSF15 program looking at evolution and the many aspects of human uniqueness.